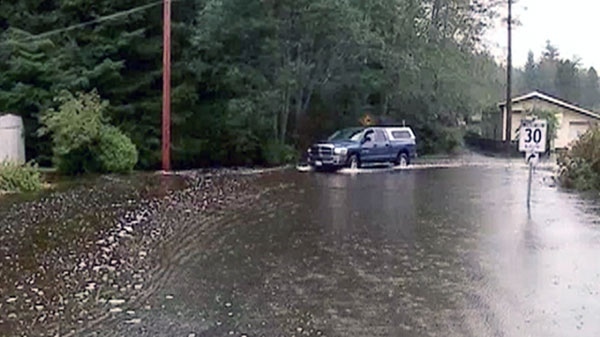 Rising flood waters in a B.C. coastal community have forced residents to evacuate their homes over the weekend

The residents of a B.C. coastal reserve where flood waters are rising have been airlifted to safer ground.

"From there, they proceeded to kind of place everybody in the community -- find them somewhere to stay," he said.

Lue said it was hoped the flood waters would recede enough within the next few days for the residents to go home. He added that there have been no reports of injuries or property damage from the flooding.

Meanwhile, a state of emergency has been lifted in the Vancouver Island community of Port Hardy, where heavy rains flooded homes and roads on Friday.

Heavy rains also triggered a mudslide in Port Alice, blocking access to part of the village. A search and rescue team will try to remove the people from the area later today.