Paraglider injured after jumping off Stawamus Chief has died: RCMP 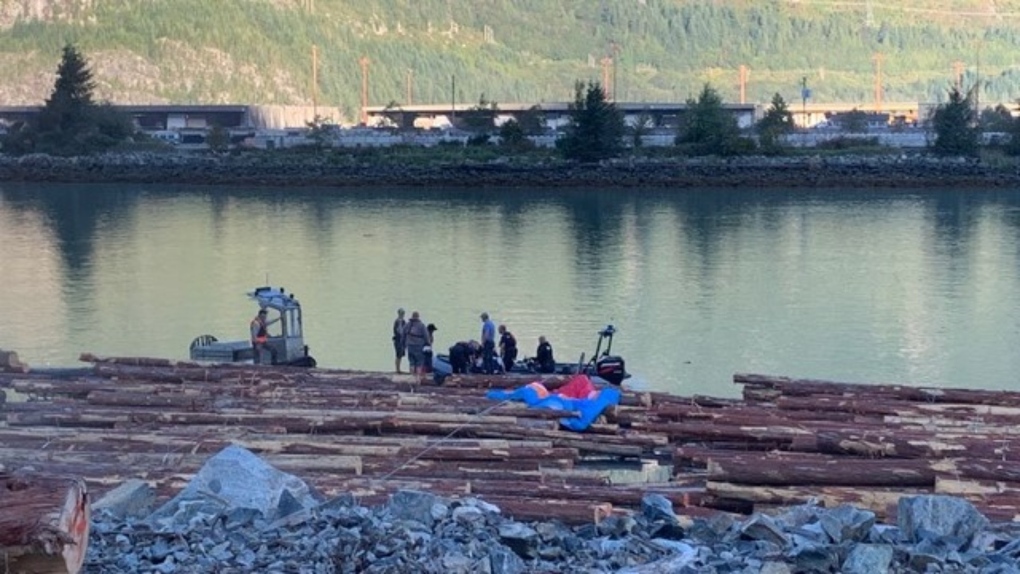 A paraglider is in hospital after falling onto a log boom in Howe Sound Thursday morning. (Squamish RCMP)

A paraglider injured after falling into a log boom in B.C.'s Howe Sound last week died of his injuries over the weekend.

Mounties confirmed the death to CTV News in an email Tuesday.

Members of the Squamish RCMP said previously that the 40-year-old man had launched himself off the Stawamus Chief the morning of Aug. 29. Their initial investigation suggested he went into a spin and fell, landing on a log boom in the blind channel portion of the sound.

Mounties and firefighters were called to the scene, and a police boat was sent to rescue the man from the water.

He was airlifted to hospital with injuries that were believed to be life-threatening. He did not survive.