About a hundred people gathered in downtown Vancouver on Sunday afternoon denouncing the U.S. Supreme court's decision to overturn Roe v. Wade, which secured constitutional protection for abortion rights in the country for nearly 50 years.

It was one of many similar rallies that took place across Canada and around the world over the weekend.

"Keep your laws off our bodies!" The crowd chanted as they marched to the U.S. consulate.

Unlike the U.S., there is no mechanism to suddenly outlaw or even restrict abortion in Canada. However, the country had laws restricting and in some cases criminalizing abortion on the books until 1988 when they were struck down for being unconstitutional. Nothing replaced those laws and there is currently nothing legally guaranteeing or protecting the right to abortion. 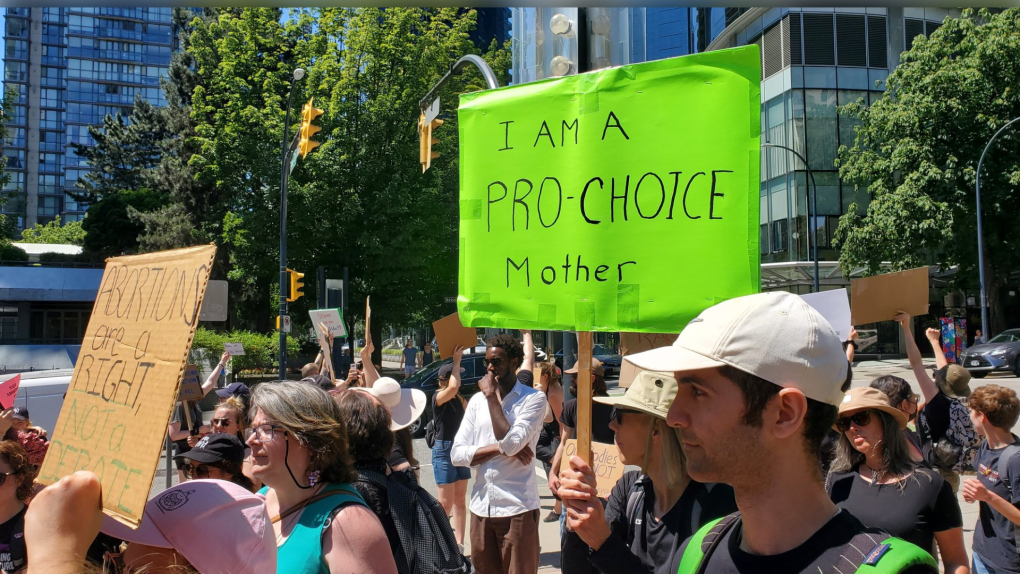 Korena Bergen, a pro-choice mother, said not enough people are speaking up.

"What's happening in the United States is so frightening and it could happen just as easily here," she said.

Bergen got an abortion 23 years ago and said she's grateful for it.

"If that service wasn't available to me, I may have had a baby with someone who was not a respectful man. And it would've changed my whole life," she said. 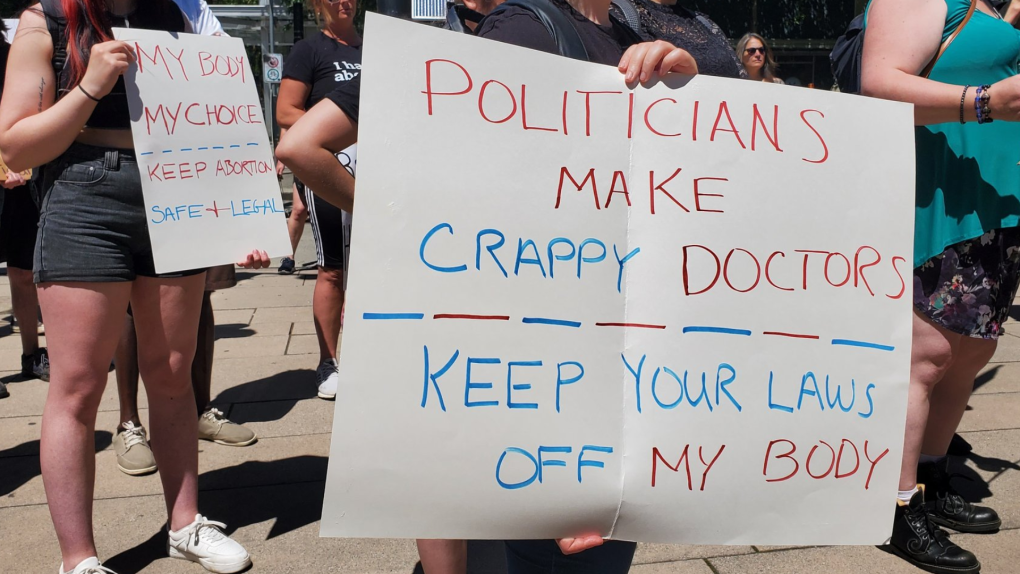 Melanie Mark, MLA for Vancouver-Mount Pleasant, also attended the rally and said she worries about the impact the decision will have in Canada.

"When I heard the news, it was devastating. I asked myself, 'What year is it? What year are we living in?'" she said.

"I'm worried about the system. Everyone's talking about the safety of people's lives right now," she continued.

Michelle Fortin, the executive director of Options for Sexual Health, and one of the organizers of the protest, said Canada and British Columbia still have a long way to go in regards to equitable access to abortion.

"People in rural communities, Indigenous folks, racialized folks, people in the 2+LGBTQIA community do not get access as quickly as white cis woman would," she said. 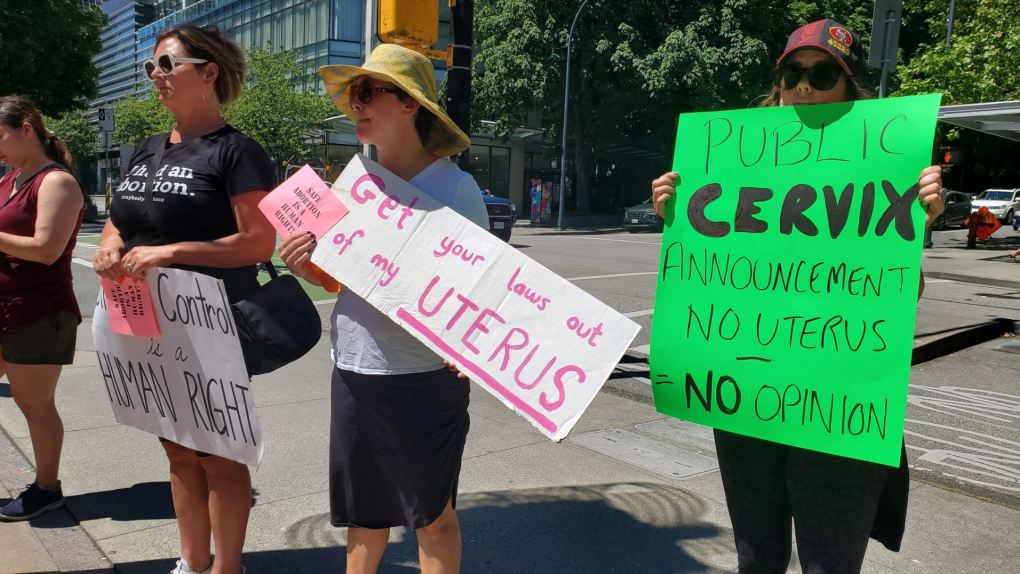 Fortin fears the decision could lead to devastating consequences as eight states south of the border have already moved swiftly to ban abortions.

She urges anyone concerned to look for ways to help and donate to clinics that offer birth control and reproductive health-care services, including abortion providers.

She also said she'll continue to speak up until everyone gets fair access to abortions and encourages others to join in on the fight.

Russia struggling to replenish its troops in Ukraine

The GOP response to the FBI's search of Donald Trump's Florida estate this week was an especially stark example of how the party is keeping Trump nearby.