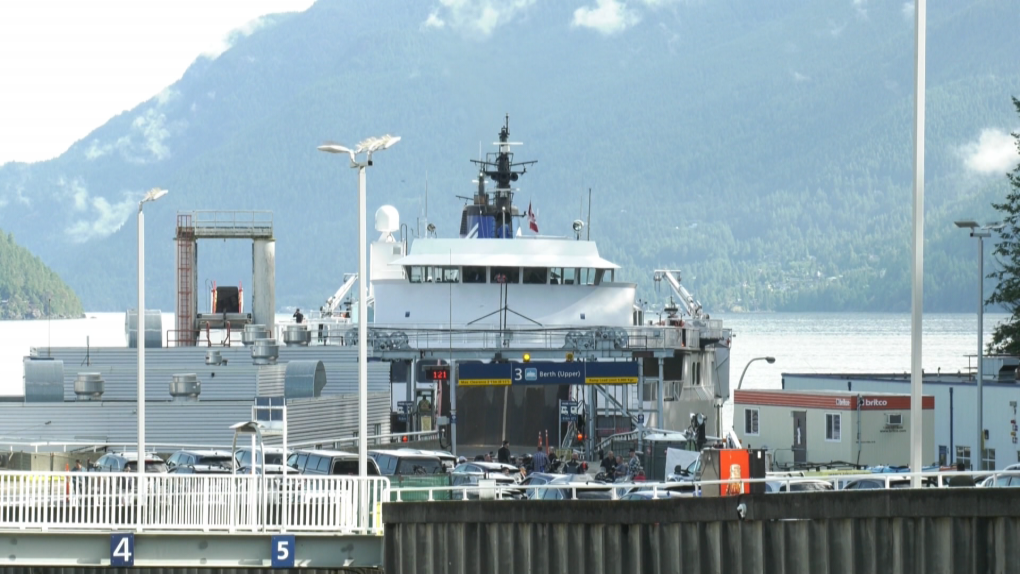 A BC Ferries vessel is seen at the Horseshoe Bay terminal on Tuesday, June 15, 2021.

Activists are planning to blockade the main road into the Horseshoe Bay ferry terminal this week to demand more protection for B.C.'s old-growth forests.

Members of Save Old Growth are expected to meet near the busy terminal Wednesday as part of an ongoing campaign pressuring the provincial government to ban old-growth logging outright.

The group said members will be gathering on the Trans-Canada Highway, and that "superglue may be used" in the blockade. It's unclear when the protest might begin.

"This is our last resort. We are scared of sitting down on the road, but will keep doing it until the government throws us in prison or keep their promise to save old growth," organizer Zain Haq said in a news release.

Several members were arrested during a similar demonstration in Victoria on Monday, and more were taken into custody last week in Vancouver and Nanaimo.

Save Old Growth said the frequency and scale of its protests will escalate until its demands are met.

Over the weekend, the B.C. government announced a deal between Western Forest Products and four First Nations to defer logging of rare, ancient and priority old-growth trees across 25 square kilometres of land on Vancouver Island for the next two years.

The province has promised to defer logging on 2.6 million hectares of old-growth forest in total.

Some environmentalists, as well as B.C. Green Party MLA Adam Olsen, have noted that deferrals can have a significant financial impact on First Nations communities that are dependant on revenue from old-growth logging, and called on the province to support them in developing their economies sustainably.