'No offence': Has political correctness gone too far? 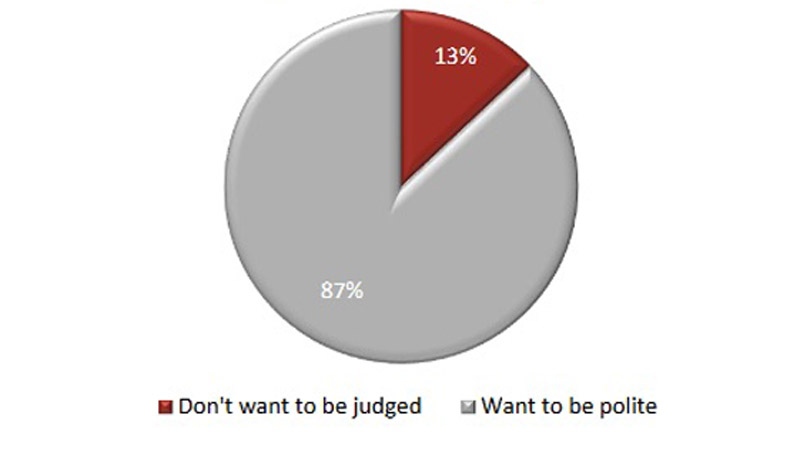 When it comes to motivations for keeping quiet, response held true to the Canadian stereotype. (Angus Reid)

Canadians are known as the most polite citizens in the world and a new poll digs into the motivations and reasons for our political correctness. According to a survey by the Angus Reid Institute, the majority of Canadians say we’ve gone too far when it comes to our need to say “no offence.”

The public opinion poll found that 80 per cent of Canadians say that “it seems like you can’t say anything without someone feeling offended.”

Still, about four in five Canadians say that there are some things you “just shouldn’t express in front or people you don’t know.”

When the answers were examined through a political lens, only 21 per cent of Conservatives said people should choose their words more carefully, compared with 40 per cent of Liberals and 38 per cent of New Democrats.

The online poll was conducted among 1,510 Canadian adults who are members of the Angus Reid Forum.