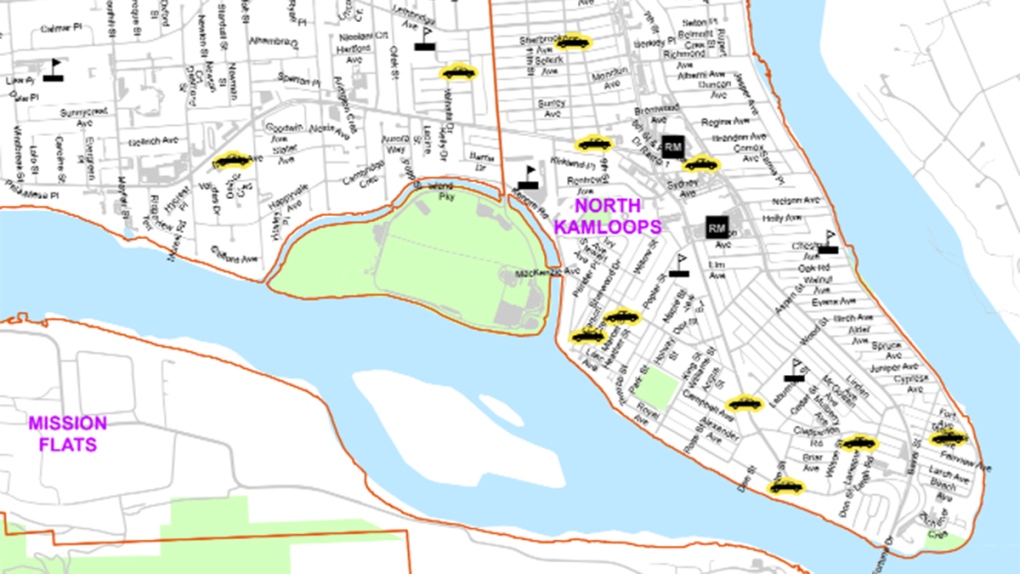 The Kamloops RCMP detachment is releasing weekly maps showing the locations of vehicle break-ins across the city. (Handout)

Kamloops Mounties are reminding people not to leave valuables in their cars as authorities deal with a rise in vehicle break-ins across the city.

There were 48 thefts from motor vehicles reported from July 15-21 alone, according to weekly statistics the RCMP is releasing this summer to highlight the scale of the problem.

The Kamloops detachment is also sending out weekly maps that show no area in the city is immune from thefts.

"Every week it's spread out," Cpl. Jodi Shelkie said. "The thieves do have to 'work for their reward,' I guess – they have to travel throughout the community to find vehicles that have been left unlocked or that have valuables inside, in which case they'd break the windows." 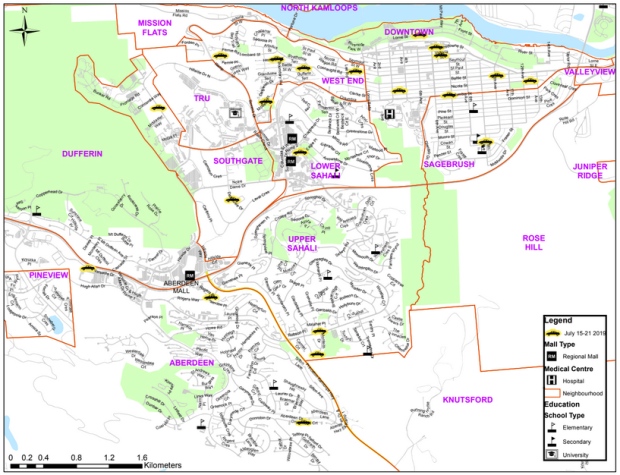 The latest statistics represent a drop from the 60-odd break-ins that were recorded the week before, but Shelkie said there has been an overall increase this year over last.

The RCMP is responding by increasing patrols and surveillance in neighbourhoods that have recently been targeted, and by leaving notes on cars either praising people for locking up or gently reminding them not to leave valuables in plain view.

"We want to remind people that this is a very preventable crime," Shelkie said. "We're working on our end to put away the criminals who are doing it, but the criminals would have nothing to take if people locked their vehicles every single they left and if they took their valuables with them."

The issue of vehicle break-ins is not unique to Kamloops, Shelkie added. 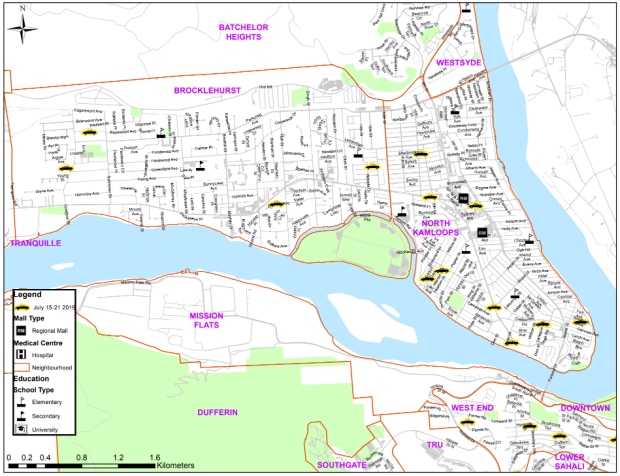