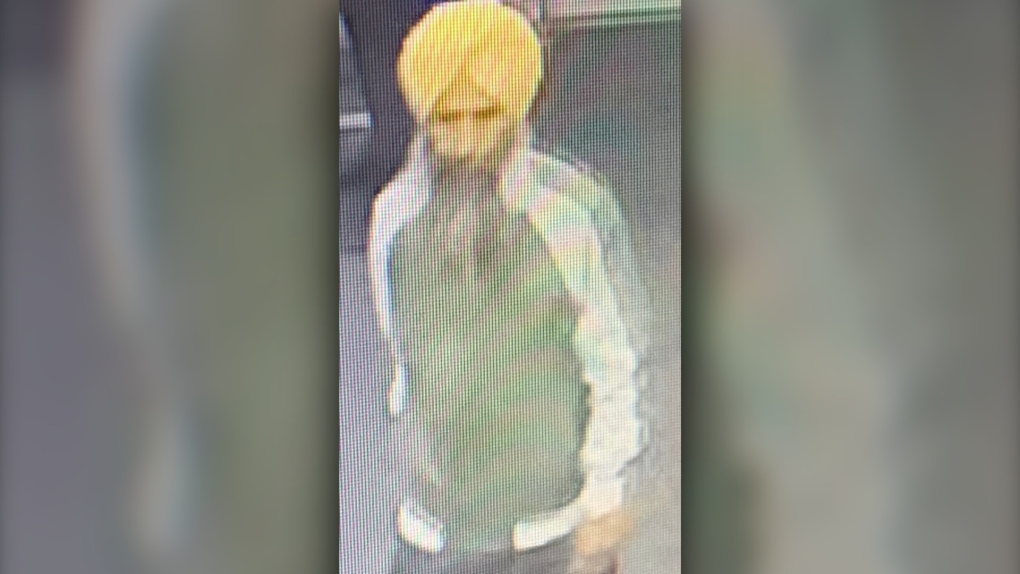 Police are asking anyone who recognizes the suspect in a Sept. 15, 2019 groping incident to come forward. (Handout)

VANCOUVER -- Police are asking for the public's held identifying a man suspected of groping an employee at a Surrey business two months ago.

Mounties said they were called to a store in the Guildford neighbourhood on Sept. 15 after a worker reported "a colleague had been groped and kissed by a male customer."

"The man then made inappropriate comments towards her before leaving the business," Surrey RCMP said in a news release.

Months later, investigators are still working to identify the man from the incident. On Friday, authorities released a surveillance image of a suspect in the hopes that someone will recognize him and come forward.

The suspect is described as a South Asian man with a long beard who is between 50 and 60 years old. He is wearing an orange turban in the image.

Const. Richard Wright called on anyone with information on the man's identity to reach out to police.

"These incidents can have a profound impact on the victims and their loved ones," Wright said in a statement.