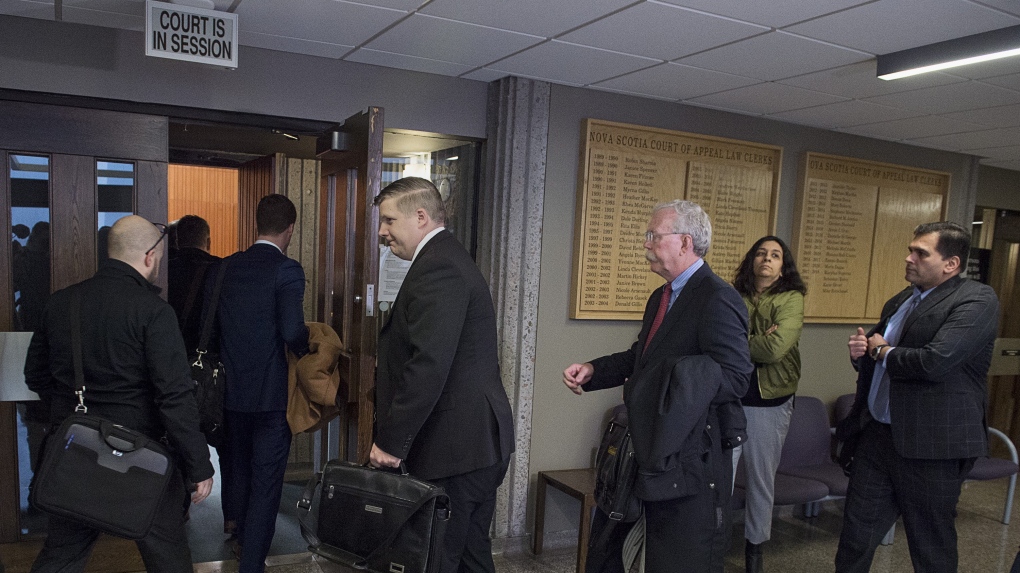 Interested parties attend Nova Scotia Supreme Court as Canada's largest cryptocurrency exchange seeks creditor protection in the wake of the sudden death of its founder and chief executive in December and missing cryptocurrency worth roughly $190-million, in Halifax on Tuesday, Feb. 5, 2019. THE CANADIAN PRESS/Andrew Vaughan

HALIFAX -- Lawyers for clients who lost millions in the bankruptcy of the Vancouver-based QuadrigaCX cryptocurrency exchange have formally asked the RCMP to exhume the remains of the firm's founder.

In a letter posted to its website Friday, Toronto-based law firm Miller Thomson LLP asks the RCMP's Commercial Crimes Branch to conduct an autopsy on the body of Gerald Cotten to confirm both its identity and the cause of death.

The lawyers write there is a need for certainty around their clients' question of whether “Mr. Cotten is in fact deceased” and it asks that the exhumation process be completed by the spring of 2020.

Cotten, who ran the exchange from his home outside of Halifax, died suddenly in December 2018 while travelling in India.

As the company's CEO and sole director, he was the only one who had access to the so-called cold wallets that were supposed to hold his customers' cryptocurrency.

More than 76,000 unsecured creditors, virtually all of them QuadrigaCX clients, came forward to claim they are owed $214.6 million - $74.1 million in cash and $140.5 million in cryptocurrency.

In a emailed statement, Richard Niedermayer, lawyer for Cotten's widow Jennifer Robertson, said she is “heartbroken” to learn of the exhumation request.

“Gerry died on Dec. 9, 2018 in India,” the statement says. “An independent investigation by the Globe and Mail confirmed this earlier this year and it should not be in doubt.

“While Ms. Robertson has assisted the Quadriga Affected Users in the recovery of assets, and has cooperated fully with Ernst and Young's investigation, it is not clear how the exhumation or an autopsy to confirm the cause of Gerry's death from complications arising from his Crohn's disease would assist the asset recovery process further.”

In a settlement announced in October, Robertson and Cotten's estate agreed to return about $12 million in assets to help repay users of the exchange. The assets included properties in Nova Scotia and British Columbia, a small aircraft, “luxury vehicles,” a sailboat, investments, and cash, along with gold and silver coins.

Creditor monitor Ernst and Young found in an investigation that the exchange had flawed financial reporting and that significant volumes of cryptocurrency had been transferred to personal accounts controlled by Cotten. It found losses from trading and fees in those accounts affected QuadrigaCX's reserves, while Cotten also created fake accounts to inflate revenue figures.

In a statement released at the time of the settlement, Robertson said that she wasn't aware of how her husband operated the business, or his appropriation of users funds.

The RCMP and Gregory Azeff, the lead lawyer listed on Miller Thomson letter, did not respond to a request for comment on Saturday.

This report by The Canadian Press was first published Dec 14th, 2019.