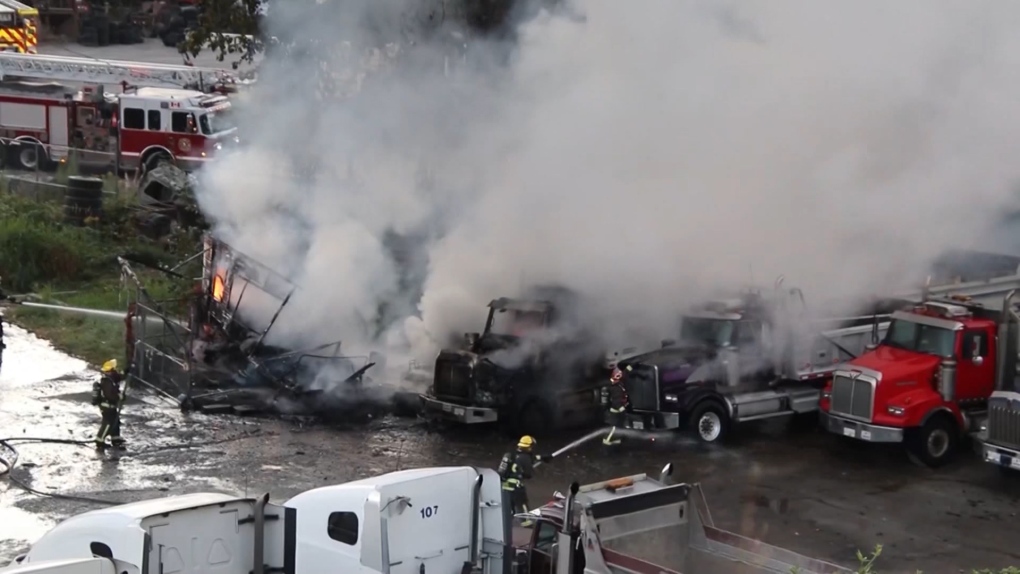 VANCOUVER -- Emergency crews responded to an early morning fire Tuesday at a Surrey truck yard near the Pattullo Bridge.

The fire, at a yard near Olsen and Old Yale roads, was reported at about 5:15 a.m.

Fire officials told CTV News that one man who was in a trailer at the yard was taken to hospital with smoke inhalation.

Two dump trucks, a low-deck trailer and a travel trailer were heavily damaged in the blaze. The fire also got close to a house, but crews protected it so it didn't get damaged.

Black smoke could be seen from quite a distance away.

"Crews could see a heavy plume of smoke en route so they upgraded it to a second alarm," Battalion Chief Spiro Pegios said.

No details have been given on a potential cause.

Some roads were temporarily closed around the yard but have since reopened.