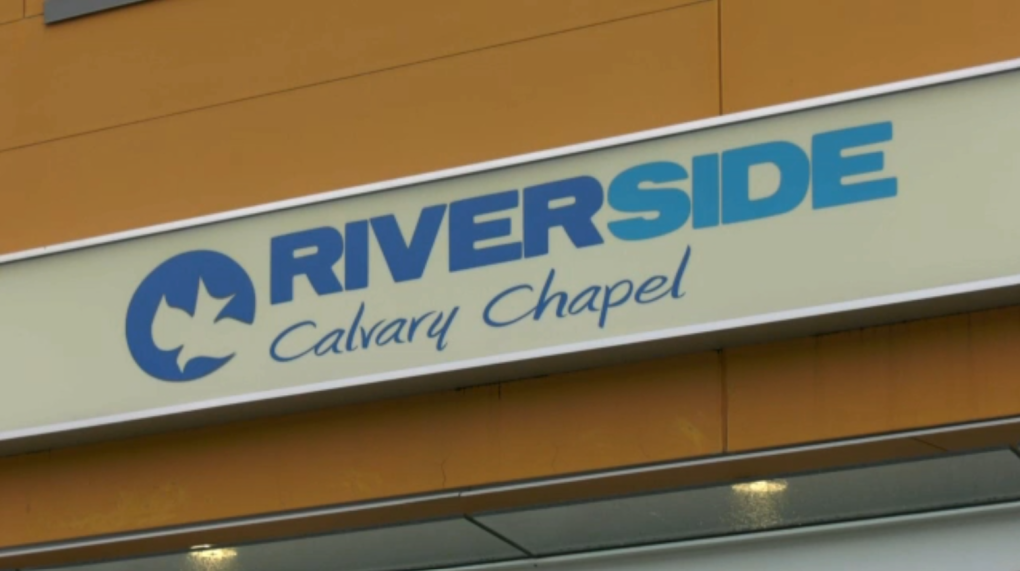 VANCOUVER -- Police in Langley ticketed a church congregation for the second time Sunday after it held in-person services in violation of a provincial public health order aimed at stopping the spread of COVID-19.

In an email to CTV News Vancouver, Langley RCMP spokesperson Cpl. Holly Largy said officers have attended Riverside Calvary Chapel on 96 Avenue "on a number of occasions," though the church's lead pastor says this is only the second fine the congregation has been issued.

RCMP previously ticketed the church in late November. No other churches in either the City or Township of Langley have been ticketed, Largy said.

Riverside lead pastor Brent Smith said his church plans to contest the fines, and that the congregation believes the public health order violates Canada's Charter of Rights and Freedoms, which protects the right to religious freedom.

The charter also allows for governments to place "reasonable limits" on the rights it protects, as long as the need for such limits can be "demonstrably justified."

Smith told CTV News that Riverside has not been "seeking the spotlight" as it continues to hold in-person services in violation of the public health order. Rather, the church is serving a need it sees in its community, he said.

The Riverside website offers churchgoers the opportunity to reserve a spot for in-person worship each Sunday, while encouraging people to stay home and watch a livestream of the service instead.

"We are recommending people to watch from home, but we also understand that in these trying times the church provides help and hope that can’t be found elsewhere," the church's reservation site reads. "So we won’t turn anyone away that is needing that, and we do so with safety precautions."

The church's practice of declining to turn people away has led to some awkward Sundays for Dena Fyfe, who owns Buhf Beauty Salon, which shares a parking lot with Riverside.

Fyfe told CTV News that parking lot was full on Sunday, adding that she believes the church's insistence on holding in-person services has negatively affected her business on Sundays.

"I get emails and calls from customers, complaining," she said, noting that churchgoers often do not appear to be following protocols as strict as the ones in place at her salon.

"It sets a tone when (salon customers) have to come through and check their temperature and fill out a COVID waiver and they have to wear a mask for three or four hours," Fyfe said.

She contrasted that experience for her customers with the groups of maskless churchgoers they sometimes see walking between Riverside's two buildings while they're waiting for their appointments at the salon.

Asked about the use of masks at the church, Smith said Riverside reminds churchgoers to wear masks, and hasn't received much "pushback" on that request. There are some people who can't wear masks for medical reasons, he noted.

Fyfe said she's been frustrated by the crowds and what she views as lax safety protocols at the church, but she actually agrees with Smith that churches should be allowed to reopen.

She likened the situation to the recent closure of indoor fitness facilities in B.C., which was put in place to allow health officials to develop new guidelines for how such businesses could operate safely.

Not all indoor fitness activities have been allowed to resume, but some have, and Fyfe said she believes religious groups could be treated similarly.

"I think they need to do something like this and let the churches reopen, but actually be enforcing a proper plan the way the rest of us have to operate right now," Fyfe said.

In the meantime, she said, she's going to stop opening her salon on Sundays.

"This is definitely not coming from anger or vindictiveness or anything negative in that way, it just needs to be addressed and something needs to be done," she said. "For them, for everyone, for our community, so we know that we're safe, so that they're operating safely and it doesn't have to be a conversation anymore about, you know, taking their religion from them or however it's being felt on that end."