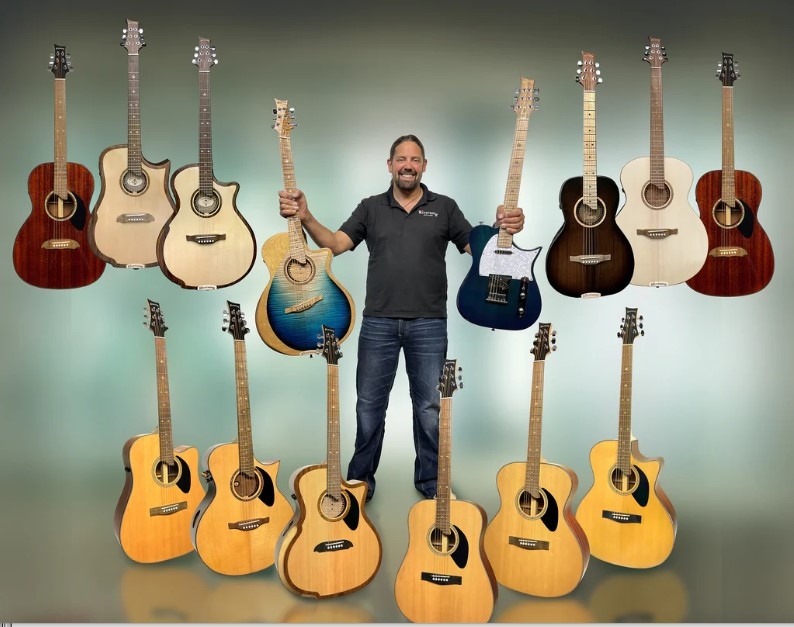 A small guitar company from Kamloops, B.C., has triumphed over industry giants to have one of its models named acoustic guitar of the year. (Riversong Guitars)

A small guitar company from Kamloops, B.C., has triumphed over industry giants to have one of its models named acoustic guitar of the year.

Riversong Guitars and its River Pacific design beat out Taylor, Yamaha and Martin guitars to walk away with the prestigious Musical Merchandise Review Dealers' Choice Award.

Each year, the magazine surveys instrument retailers across North America asking them to vote for their favourite product.

Riversong founder Mike Miltimore says it's the first time a Canadian company has won in the category.

He credits the win to his small company's heart, and the innovation of the guitar's adjustable neck that runs through the body, allowing it to better resonate.

Miltimore says that since the winners were announced, his company has been flooded with orders and messages of support from Canadians.