Hot weather alert: Lower Mainland in for highest temperatures so far this summer

VANCOUVER -- Open the windows and grab a cold glass of water because huge swaths of B.C. are in for toasty hot temperatures Sunday.

The rising mercury prompted several weather alerts and warnings from Environment Canada, which is predicting "the highest temperatures experienced so far this summer" in the Lower Mainland, Vancouver Island and the Sea to Sky region.

The weather agency said a ridge of high pressure is building over southern B.C. that will push temperatures into the low-30s on Sunday and Monday. The hottest periods are expected between 1 p.m. and 5 p.m.

"Temperatures will start to lower on Tuesday as the ridge weakens, allowing slightly cooler marine air to invade the South Coast," Environment Canada said in an alert for Metro Vancouver.

Other parts of B.C. are in for even more heat. Temperatures reaching 35 degrees have triggered warnings in the Fraser Canyon and South Thompson regions, which are supposed to remain sweltering hot straight through Tuesday before decreasing on Wednesday. 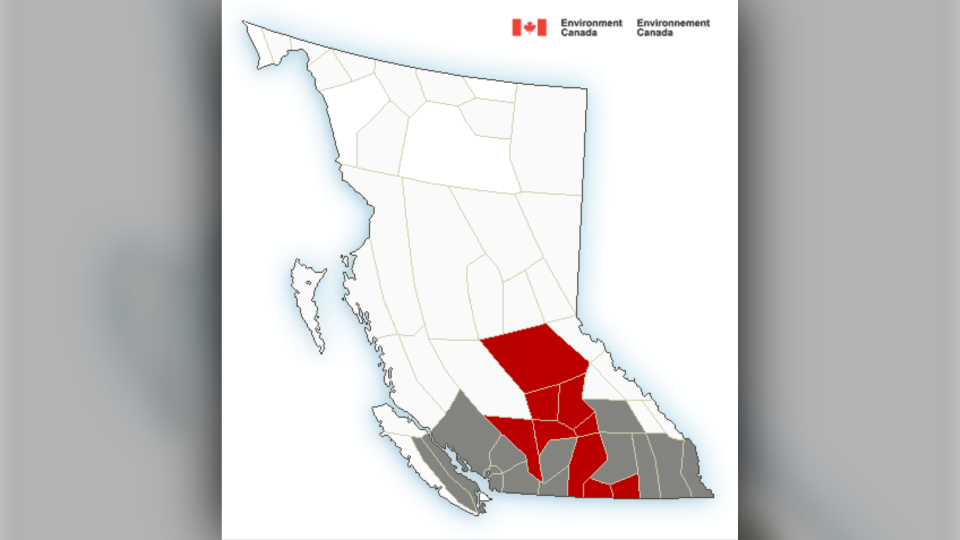 The heat has also prompted a reminder that leaving children or animals alone in a parked car can be extremely dangerous – and potentially deadly.

Environment Canada said people should limit their exposure to heat by doing outdoor activities in the early morning or evening, and wearing loose, light clothing.

People going out in the sun are also advised to wear a wide-brimmed hat and sunglasses.

While at home, Environment Canada recommends keeping windows open with shades or blinds closed, using an air conditioner and preparing meals that don't require an oven.