Deaths caused by heat are much higher than previously thought: study 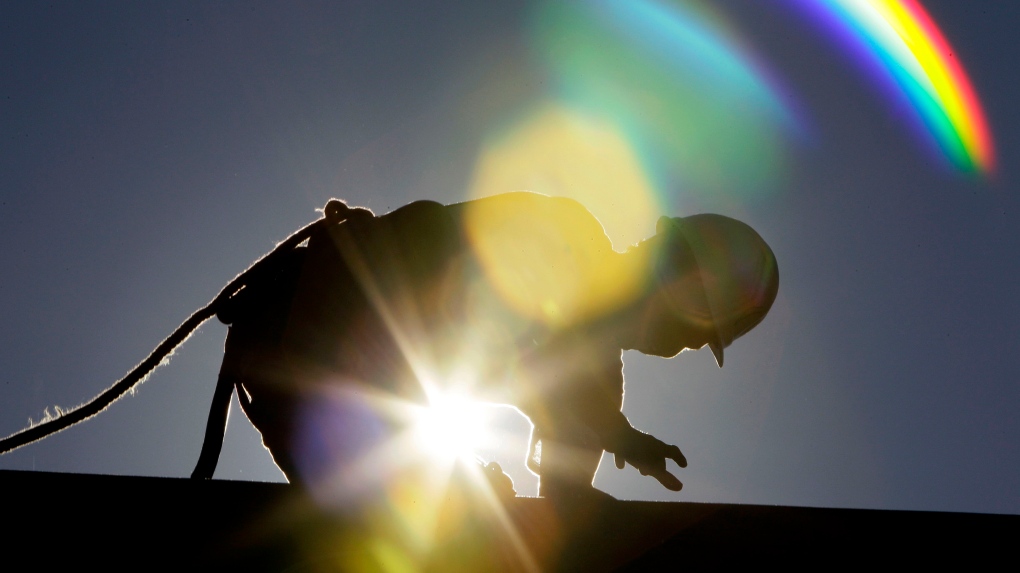 In this July 6, 2010 file photo, a construction worker is backlit from the morning sun while working on a roof in the heat in Chapel Hill, N.C. (Gerry Broome / AP Photo)

VANCOUVER -- A new study estimates that deaths caused by hot weather number in the thousands, rather than the hundreds, as has previously been thought.

The study also warns that COVID-19 restrictions will likely lead to more deaths this year, as people are unable to access public buildings with air conditioning.

Researchers from the University of British Columbia and Boston University estimate that heat contributes to the death of 5,600 people every year, compared to the U.S. Center for Disease Control’s estimate of 600 deaths per year.

The study was published in the journal Environmental Epidemiology, and “analyzed the association between days considered moderately or extremely hot in that county and the number of deaths from any cause,” according to a UBC release on the study.

The analysis showed that many deaths in the United States were occurring on moderately hot days, not just when the temperature was considered to be extremely hot. The researchers used data from the United States National Center for Health Statistics.

The researchers say hotter cities don’t necessarily translate to more deaths. For instance, in a city like Phoenix, Arizona, more buildings have air conditioning, while people who live in a city like Seattle might have less ability to shelter in an air-conditioned building during a heat wave.

The study authors warn that COVID-19 restrictions are going to make it harder for people to get a break from the heat, because many public buildings like libraries and shopping malls are closed to prevent the spread of the virus.