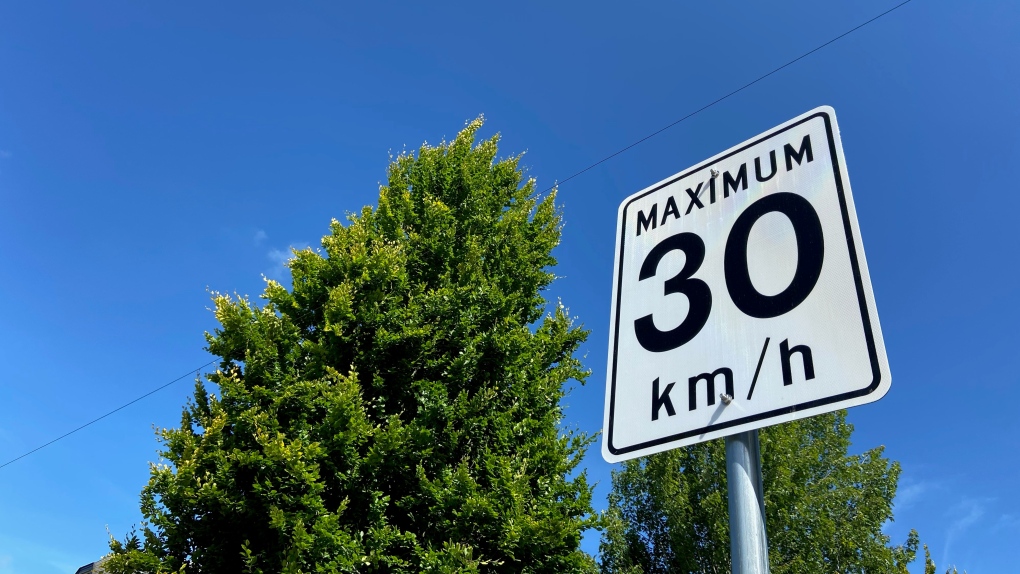 VANCOUVER -- Anyone driving through Surrey is advised to keep an eye on the speed limit as the city begins its Slow Streets program.

As of Thursday, limits were reduced in six neighbourhood zones.

The speed has been reduced to 30 km/h in three of those six. The other three now have a limit of 40 km/h. See details of these zones below.

As drivers pass into one of these zones, they'll notice a Slow Streets Neighbourhood sign serving as a reminder that the speed limit has changed.

These new speed restrictions will be in place temporarily, as part of a test meant to measure how they will impact neighbourhood safety and driver behaviour.

"During the one-year pilot, vehicle speeds, crashes and perception of safety among residents will be monitored," Mayor Doug McCallum said.

"If the research shows an improvement, consideration will be given to expand the Slow Streets Program to other residential neighbourhoods in Surrey."

A similar project was approved in Vancouver, and is currently underway in the Grandview-Woodland neighbourhood.

Safety experts note that the risk of death and injury in a crash decrease significantly with slower speeds.

While some drivers may not be happy about the update, a recent poll suggested nearly three-in-five British Columbians would like to see speed limits as low as 30 on all residential streets in their city or municipality.

Research Co. poll data released earlier this week showed 61 per cent of those surveyed would "definitely" or "probably" support the idea, while keeping the speed limit at 50 km/h on busier streets.

The following three zones now have a speed limit of 30 km/h:

Drivers will be required to slow down to 40 km/h in these three areas: 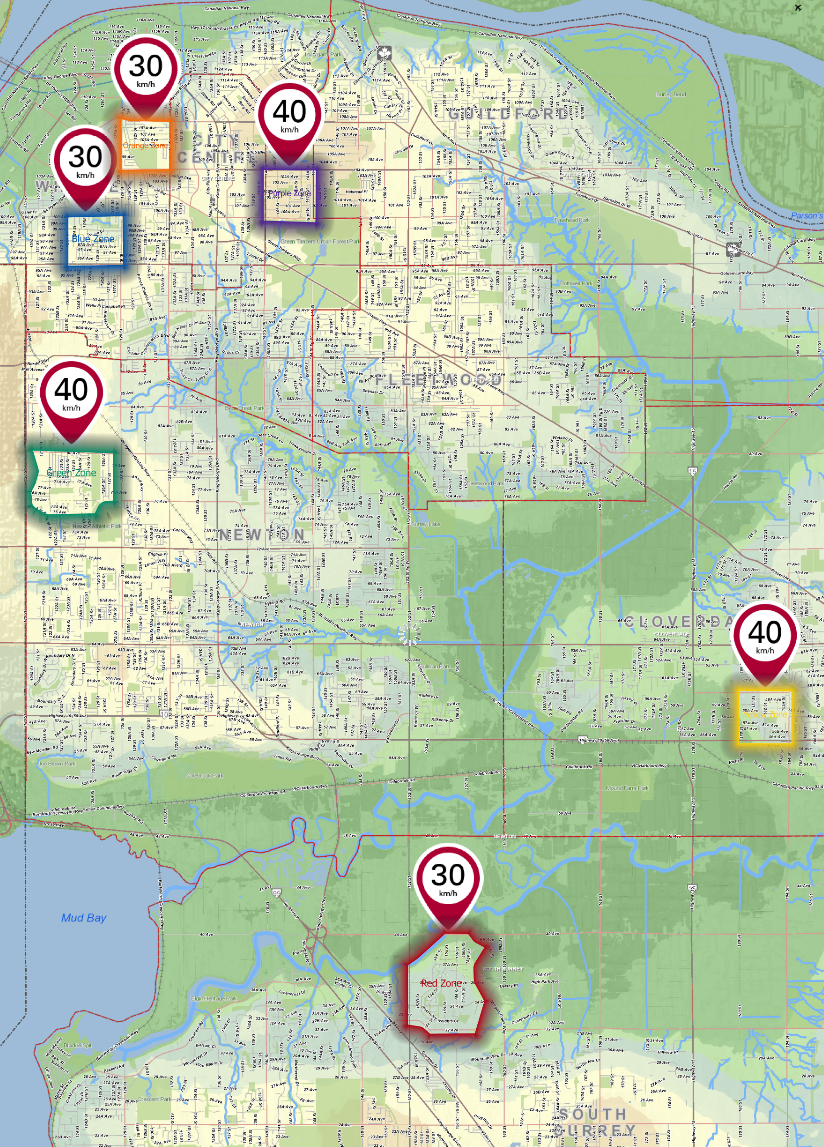 View a larger version of the map through this City of Surrey PDF.