When a B.C. metal artist was asked to create a giant sculpture with Elon Musk's head on the body of a goat riding a rocket he had no idea who would want to create such a thing or why.

Kevin Stone, who is from Chilliwack, says he was first approached by a designer from California about the massive project last year.

"I thought it was a pretty strange request," he tells CTV News.

"At the time, I didn't know who I was doing the project for. And initially, I actually thought it was Elon."

Stone and his wife estimated sculpting the 50-foot-long chimera would take more than a year. That timeline didn't work for the mystery client, so after some negotiations, Stone committed to making the billionaire's head.

The finished product is about six feet tall by four feet wide, made out of eight-inch thick aluminum and weighing in at over 200 pounds. It took six months to complete.

"I thought it was such a crazy project. I mean, who builds a giant Elon goat riding a rocket. But it was actually a really good learning experience. And a fun project to build. We had a great time building it," Stone says.

And the client? Stone says when it came time to sign the contract he learned it was destined to be part of a marketing stunt for a cryptocurrency company called Elon GOAT.

"They asked me initially if I was interested in crypto, and to be honest with you, I didn't even know what crypto was," Stone recalls.

The finished head was shipped to the U.S. and the finished sculpture – which was mounted to a trailer hooked up to hydraulics, and equipped with a fuel system that allows the rocket to shoot fire – was dropped off at Tesla’s Giga factory in Austin last weekend. The company says the total cost was $600,000.

Since then, it has made international headlines.

The initial plan was for the stunt to take place over the summer, but there were delays. Ultimately, Stone says the timing, which corresponds with Musk's controversial moves since taking over Twitter, has led to even more publicity.

"I'm thrilled. I mean for me, it was a good commission. It was a great challenge to try to create. And then on top of that, I've had nothing but positive publicity for it," Stone says.

"It's been thrilling for me. It brings more awareness to my artwork, so it's been fantastic." 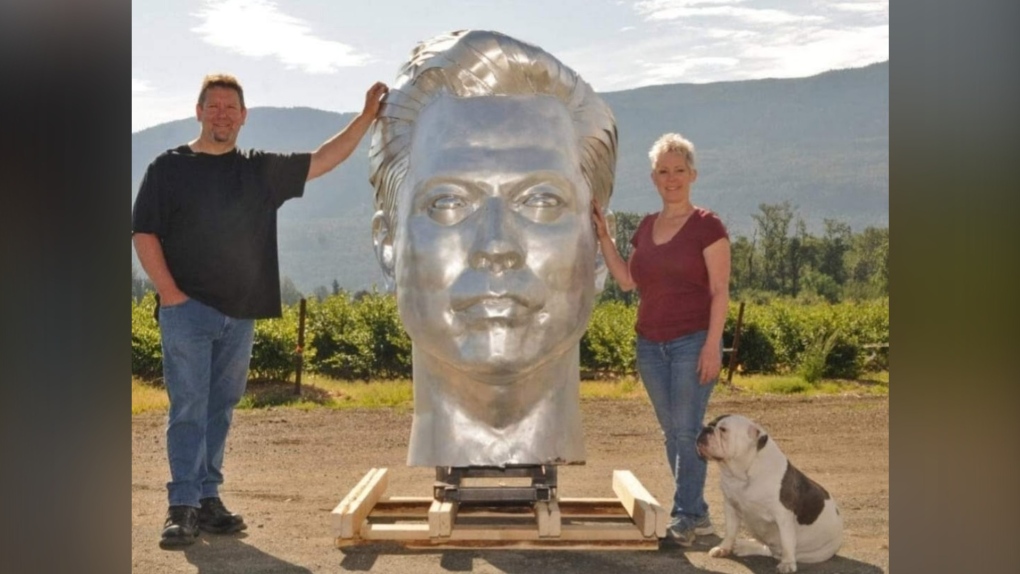