Federal election 2019: Where the parties stand on housing 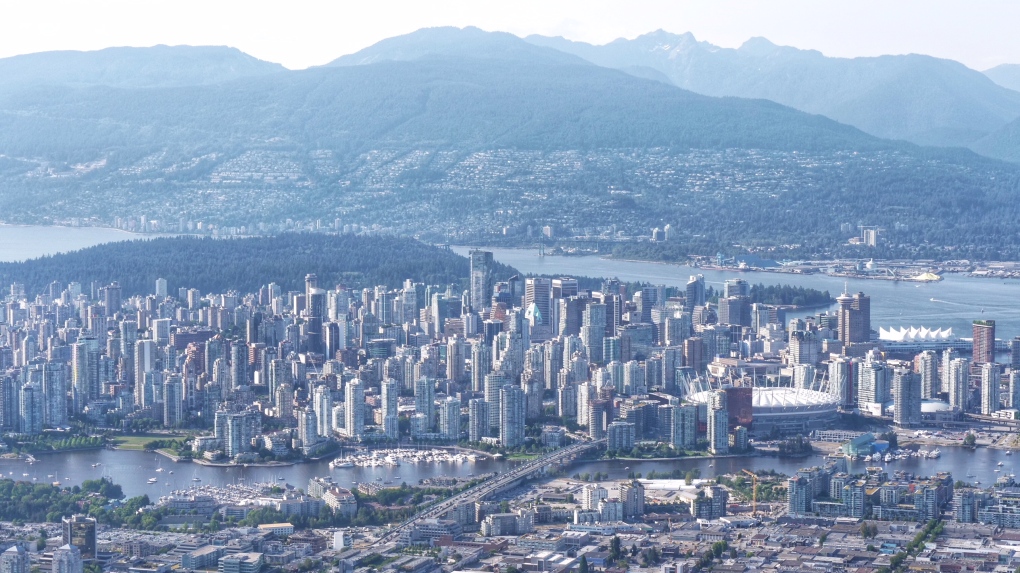 The downtown Vancouver skyline is seen in this image from CTV's Choper 9 on July 25, 2018. (Gary Barndt / CTV Vancouver)

VANCOUVER - When it comes to causes of stress, Canadians say housing is a major factor.

When broken down into homeowners and renters, it appears those who don't own are feeling the most stressed.

Ninety-three per cent of renters cited a negative impact.

Still, 80 per cent of those who own said the same. Of those homeowners, two-thirds said they felt they couldn't afford the home they currently live in if they had to buy it today, and about half said they felt their housing costs since buying have increased faster than their salaries.

Looking at all 1,300 people polled online in September, nearly all agreed that the cost of buying a home is rising faster than income.

Half of first-time buyers said they'd consider moving to another city or town so they could afford a home.

Why is it such a challenge to buy?

The three biggest obstacles, according to those surveyed, are rising real estate prices, earning a high enough income and saving for a down payment.

The majority said finances were their biggest source of stress at least once in the last year, and half of homeowners said rising housing costs had an impact on their mental health.

When it came to renters, three-quarters cited a mental health impact.

Another thing most agreed on is that housing is an important election issue. Ninety per cent of renters and 72 per cent of homeowners said they agreed with the statement, "It's important the federal government we elect makes improving housing affordability a priority."

So what exactly are the parties promising? CTV News took a quick look at the platforms of the five largest parties with candidates running in B.C.

Led by Andrew Scheer, the Tories' pitch includes extending the mortgage amortization period, which it says would lower monthly payments. The maximum authorization period on insured mortgages for first-time homebuyers would be extended from 25 to 30 years.

The party promises to "fix the mortgage stress test" by removing it from mortgage renewals.

They suggest increasing supply by making surplus federal real estate available (the government has 38,000 buildings), and will "look at ways that federal infrastructure investments can be leveraged to encourage housing supply."

Elizabeth May's Greens suggest a target of 25,000 new and 15,000 renovated housing units each year for the next decade. If elected, the party would appoint a minister of housing to work on the national strategy with solutions unique to each province.

The Green Party would increase the National Housing Co-investment Fund by $750 million for new builds. They'd increase the Canada Housing Benefit – for rent assistance – by $750,000 to help what they estimate are 125,000 households.

The party also pitches a co-op housing strategy and the elimination of the first-time homebuyers grant.

Leader Justin Trudeau promises a first-time homebuyer incentive that would amount to a discount of up to 10 per cent off the purchase price for qualifying homes. In cities where homes cost more, including Vancouver and Victoria, those buying a first home worth up to nearly $800,000 would qualify.

The Libs are also looking at implementing a foreign homebuyers' tax, similar to the tax already in effect in B.C. They promise to work with provincial governments to crack down on financial crime in the real estate sector.

They also promise accessible and affordable housing for veterans and infrastructure investments that could include homes in some Indigenous communities.

The party promises 100,000 affordable homes over a decade.

The New Democrats pledge to create 500,000 units of "quality, affordable housing" in the next decade, and to work with lower levels of government to determine the right balance of options.

The party led by Jagmeet Singh would set up a fast-start funding option to streamline the application process for social, co-op and non-profit housing. The NDP also promises to waive the federal portion of the GST and HST (where applicable) on the construction of new affordable rentals.

It promises to re-introduce 30-year mortgage payments for first-time buyers of entry-level homes, so they can make smaller payments per month. The party would also increase the Home Buyer's Tax Credit to $1,500.

The NDP would impose a foreign buyers' tax, and work with provinces to fight money laundering in real estate.

Maxime Bernier's PPC has no housing-specific policy on its platform page.

However, the party takes the stance that mass immigration inflates the cost of real estate in cities including Vancouver and Toronto, "which have some of the least affordable housing among big cities in the world."

The PPC is running in part on a pitch to reduce the overall level of immigration in Canada, and to reform the current immigration policy.

The party also mentions housing in the section of its platform on Indigenous policy, saying it would explore changes to individual property rights on reserves to empower residents.

Editor's notes: As there are no Bloc Quebecois candidates running in the province of B.C., the party's platform has not been included. The Bloc's proposals can be read in French on the party's website.

All graphics and survey data is from Zoocasa. The results of the online poll, based on the sample of 1,307 respondents from across Canada, are considered to be accurate to within 2.7 percentage points, 19 times out of 20. Read the full report on Zoocasa's site.