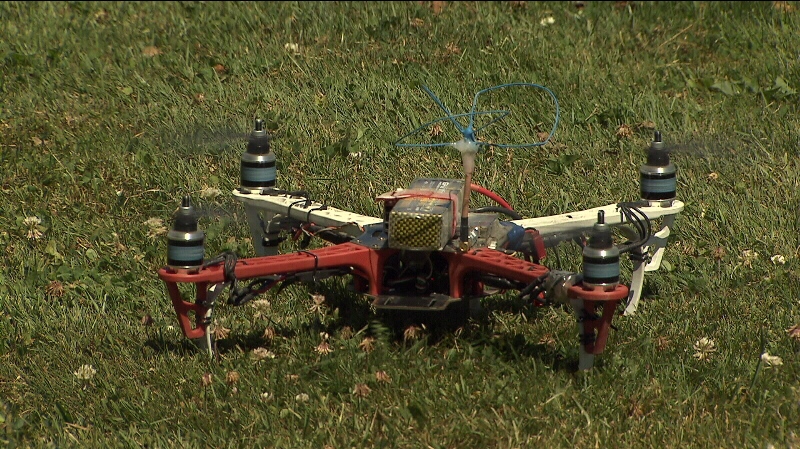 PRINCE GEORGE, B.C. - British Columbia wildfire officials are reminding the public that flying drones near fires can be dangerous and costly.

Crews saw some people getting ready to launch a drone near the Beatton Airport Road fire, burning 45 kilometres north of Fort St. John, but when they were approached, the people got in their vehicle and drove away, Reynolds said.

A report was also received about a drone flying above the Alberta portion of the Siphon Creek fire, which B.C. crews are continuing to fight in a bid to relieve pressure on their Alberta counterparts.

Federal regulations ban the use of drones near wildfires, and violators can face penalties of up to $25,000 and 18 months in jail.

Flames from both the Beatton Airport Road fire and the Siphon Creek fire have forced people to flee their homes, while others are prepared to leave at a moment's notice.

Fort St. John Mayor Lori Ackerman has assured residents that the city is ready if a fire does encroach.

“Our staff have set up an emergency operations centre and a reception centre. We have a plan in place and we don't need it yet,” she said in a video posted to the Fort St. John Facebook page Friday night.

She encouraged residents to keep their gas tanks full and go-bags ready.

“Stay safe. Stay informed. We've got your back,” Ackerman said.

Scattered showers in the region may provide some relief for crews fighting the blazes.

Reynolds said rain fell Saturday on both the Beatton Airport Road fire and the Siphon Creek fire, both of which are burning north of Fort St. John.

“We are having some windy conditions and winds are never good for fire suppression. But there is rain right now,” she said.