Dozens of eagles electrocuted while perched on power poles 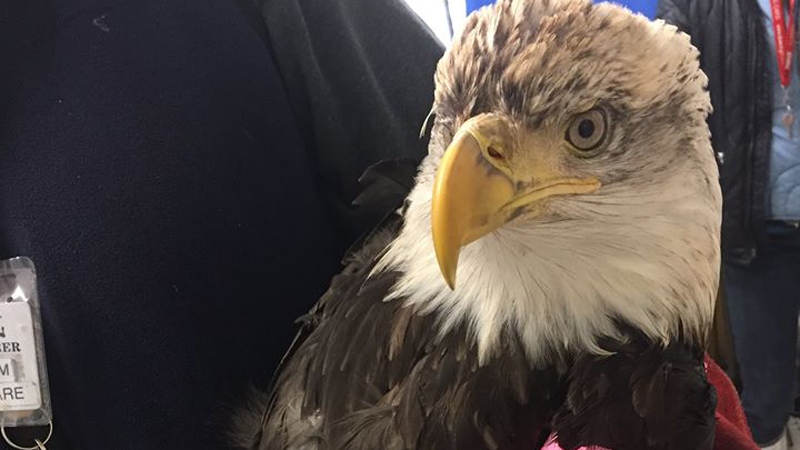 This photo posted by Orphaned Wildlife Rehabilitation Society shows a 'sub adult' bald eagle who was brought to the group in January 2015 after getting stuck on a hydro power pole.

DELTA, B.C. - A wildlife rehabilitation group is sounding the alarm amid a steep increase in electrocuted eagles in Metro Vancouver.

Rob Hope, raptor care manager at the Orphaned Wildlife Rehabilitation Society, says almost four dozen eagles have been electrocuted this year while looking for a place to perch in the south Delta area.

Hope says several hundred birds gather to winter along the Pacific flyway looking for a secondary food source that includes the Vancouver landfill, but that creates a problem where they perch.

When the trees around the landfill get too crowded, Hope says the birds perch on power poles and because their wingspan is wide enough to connect to both wires, 47 have been electrocuted and just two of them have survived.

Hope says the solution could be as easy as building another perch made of two-by-fours above the power lines on the pole.

BC Hydro spokeswoman Mora Scott says they have noticed an increase in power line contacts involving eagles in certain sections of the Lower Mainland and have been working on installing equipment to protect the birds.