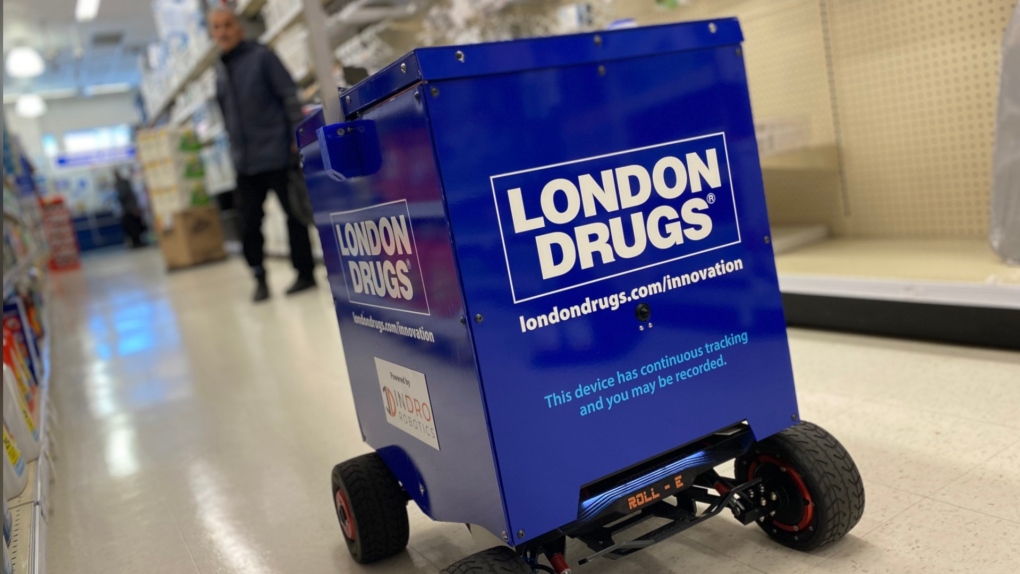 There's a new helper assisting customers at a London Drugs in B.C.'s capital city, and it runs on four wheels.

"The feedback from our customers has been that they're intrigued, and they think it's a pretty cool innovation," said Curalli.

ROLL-E's job is to bring products to the store's curbside pick-up location, where customers punch in a unique code, unlocking the robot’s compartment so they can take their purchases.

Getting to that location is made possible by the robot's two cameras and GPS tracking system.

While the technology may be impressive, would more ROLL-E robots mean fewer job opportunities for actual humans?

In 2020, the World Economic Forum released a report predicting that robotics would displace 85 million jobs globally in the next five years.

He said the robot's purpose is to “free up our in-store resources to interact with the customers that are in our stores, looking for service, having questions about products and services in our stores."

Depending how well the pilot project works, London Drugs hopes to eventually have ROLL-E in several locations across British Columbia.

The device was engineered by Victoria-based InDro Robotics. It can move at a maximum speed of 10 km/h, and travel about 20 kilometres per charge, according to the company.