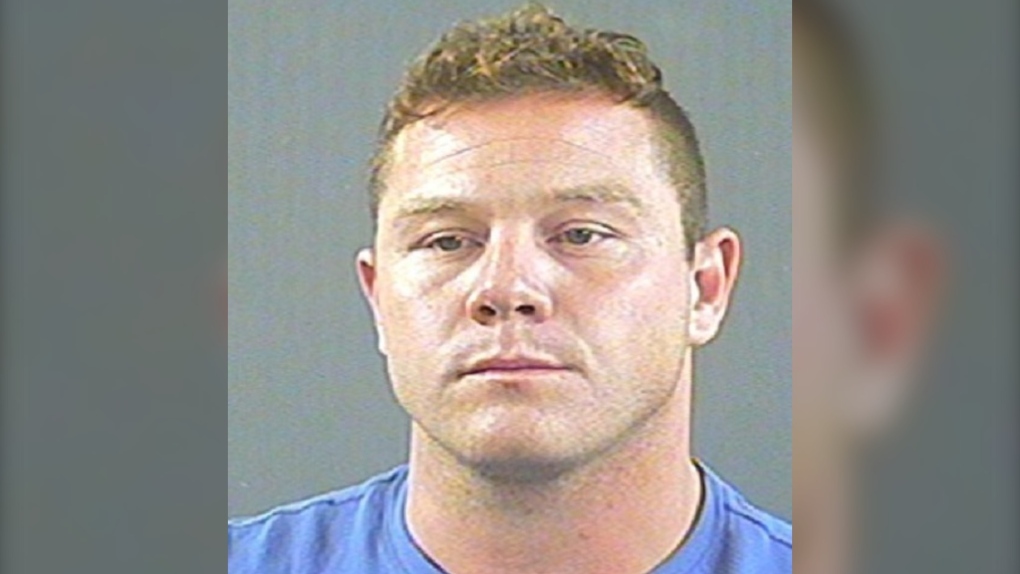 Joel Eric Carlson, 28, is charged with 11 counts of sexual assault and one count of assault, all of them stemming from an investigation that began last fall, according to Kamloops RCMP. (Photo provided by Vernon RCMP)
Vancouver -

Police in Chilliwack have arrested a man who was wanted on multiple sexual assault charges in B.C.'s Interior.

Joel Eric Carlson, 28, is charged with 11 counts of sexual assault and one count of assault, all of them stemming from an investigation that began last fall, according to a news release from Kamloops RCMP.

The former Kamloops resident was first arrested in September 2020 by Vernon RCMP for "offences related to sexual assault and forcible confinement," police said.

The Vernon detachment issued an appeal for other victims to come forward, and several contacted Kamloops RCMP.

The charges against Carlson were approved on Thursday and a warrant for his arrest was issued. He was arrested in Chilliwack on Friday and appeared in provincial court on the charges the same day, according to police.

"This investigation and the number of victims who came forward following the public safety advisory reminds us of how many sexual assaults occur that are never reported to police for numerous reasons," said Baird in the release. "We are again asking anyone who may have information about this individual to please contact your local police."

"The success of any investigation ultimately starts with the survivors," Buliziuk said in the release.

"We know it’s not easy to come forward about these types of offences, but we want you to know that we are here for you. Whether you are an alleged victim of this accused person, or of an instance completely unrelated to this, we want to help you through the investigative process and start your path to healing."