Caught-on-cam arson: Police looking for someone with burns on face, hands who fled scene on scooter 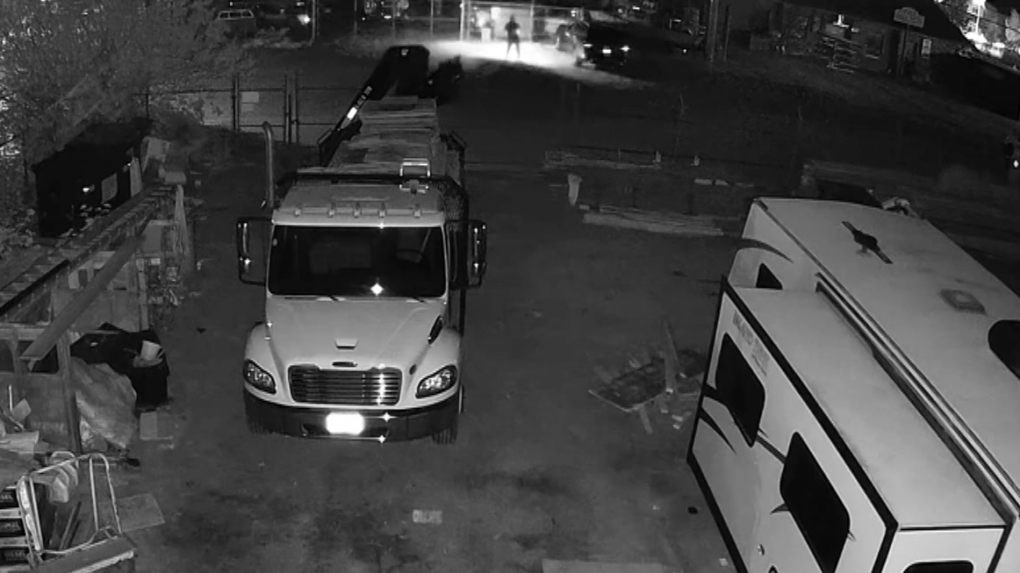 Police say they're looking for a suspect who was likely burned when they set fire to a vehicle on British Columbia's Sunshine Coast.

Surveillance video captured on the other side of Industrial Way in Gibsons shows someone riding up to a vehicle on what Mounties believe to be an electric scooter.

"The suspect then lights an accelerant and throws it into the SUV," police said in a news release Thursday.

The torched vehicle is a 2019 Volkswagen Atlas.

Due to the sudden brightness of the fire it's hard to see what happened, but the suspect can clearly be seen slinking off, then getting on the scooter and riding out of frame.

It's unclear what the motive in the arson is. Police did not comment on the vehicle's owner, nor did they say much about a possible suspect.

Officers say it's likely the person suffered burns to their face and hands during the incident.

Anyone with more information on the fire is asked to contact the Sunshine Coast RCMP at 604-885-2266 or by email.

A highly contagious and deadly virus that affects rabbits and hares has been detected in Ontario for the first time.