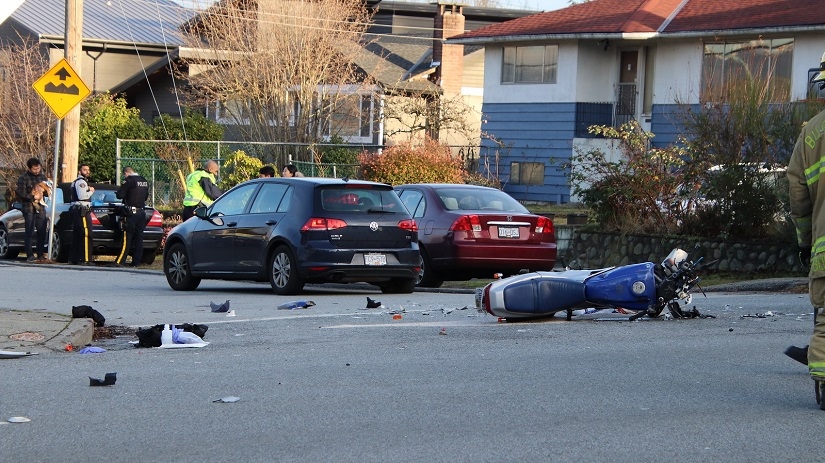 A motorcyclist is spending Christmas in hospital after colliding with an SUV in Burnaby Wednesday afternoon, according to Burnaby RCMP (CTV)

VANCOUVER -- A motorcyclist is spending Christmas in hospital after colliding with an SUV in Burnaby Wednesday afternoon.

Burnaby RCMP told CTV News Vancouver the crash happened around 2 p.m. in the westbound lanes of Canada Way, between Imperial and Edmonds streets.

The collision sent the motorcyclist to hospital with non-life-threatening injuries, according to police.

Police closed Canada Way in both directions as they conducted their investigation, and a spokesperson said the road would remain closed at least until 5 p.m.

The cause of the incident is still under investigation, police said.

Video from the scene showed police taking a man into custody.

A spokesperson for Burnaby RCMP could not say whether speed or impaired driving was a factor in the crash.