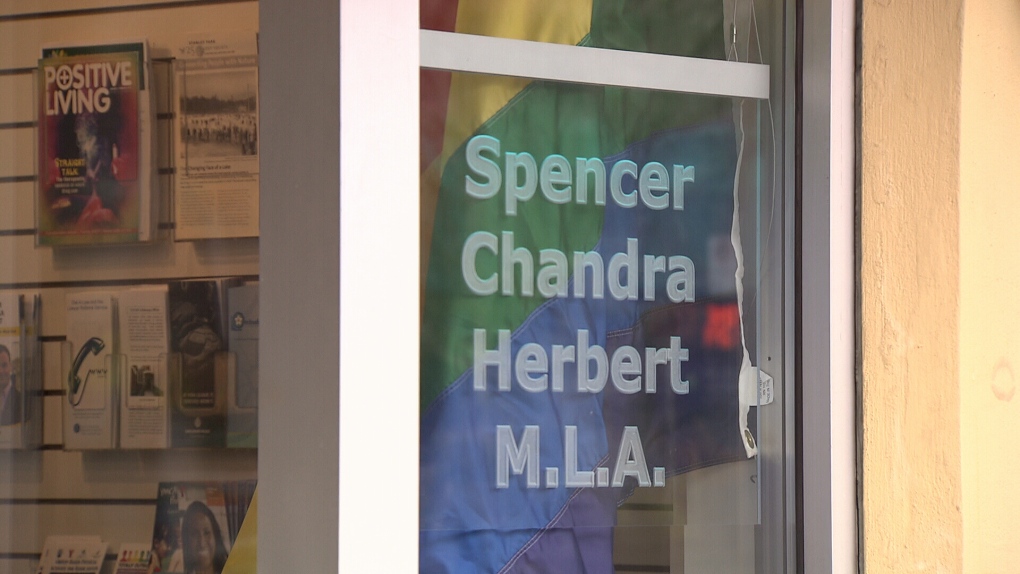 NDP MLA Spencer Chandra Herbert and his husband say their planned adoption fell through due to homophobia from the child’s extended family.

Vancouver-West End MLA Spencer Chandra Herbert and his husband Romi have known since early in their 14-year relationship that they wanted to adopt a child one day. This week, they came close to realizing that dream, but were denied the opportunity to do so.

On Monday, the couple received a call from the social worker handling their case asking them if they’d be willing to serve as foster parents for a baby in need of a home, with the possibility of adopting the baby in the future. The couple agreed, only to be told that the child’s extended family didn’t want the baby to be raised by a same-sex couple.

“They didn’t think that gay couples or same-sex couples would be acceptable for their standards,” Chandra Herbert told CTV News. “Homophobia took a family that was willing to love and care for the baby away.”

The couple has been on a list of potential adoptive parents for two years. In that time, they’ve had a few opportunities to adopt fall through, but this one particularly stings.

Same-sex marriage has been legal in British Columbia since 2003, and there are no legal restrictions on adoption by same-sex couples in Canada. But “just because the law is changed, doesn’t mean everybody’s mind is changed,” Chandra Herbert said.

He said the idea that the extended family of a child up for adoption -- even if they’re unwilling or unable to care for the child themselves -- can prevent the child from going to a qualified family “doesn’t pass the smell test.”

Chandra Herbert said he’s not sure if this is a problem that could be solved with legislation, but that he hopes it can become part of a larger conversation in the legislature about the province’s adoption process.

There are many barriers to adoption in B.C., Chandra Herbert said, and going through the process had made him more aware of them even before his experience this week. He said lists of children available for adoption are sometimes years out of date, listing children who are now 10 years old as 7-year-olds. There’s also a lot of paperwork involved in the process that ends up being redundant, he said.

Chandra Herbert said he met with Minister of Children and Family Development Stephanie Cadieux earlier this week -- before he learned that his prospective adoption had fallen through -- to talk about some of these concerns.

Reached Friday afternoon, the minister’s office said it could not comment on specific cases, but it did offer some context for the adoption process in B.C.

Provincial adoption legislation includes provisions for openness with birth families, so that there can be a “continuity of relationships with biological family.” While the final decision on placing a child with a family rests with the ministry or a licensed private adoption agency, those entities must consider whether the biological family is opposed to a particular placement, whether they will remain involved if the placement goes forward, and how that will affect the child.

According to the ministry, approximately 150 children have been placed with same-sex adoptive parents since adoption legislation was introduced in 1996. The ministry doesn’t track how many placements with same-sex families are rejected.

Both Chandra Herbert and his husband posted news of their rejection on Facebook Friday. Each man’s post ended with wishes that the baby they nearly fostered will find a loving home.