B.C. man found not guilty in plot to kidnap 2 people, kill them by throwing them off a bridge

B.C. man found not guilty in plot to kidnap 2 people, kill them by throwing them off a bridge 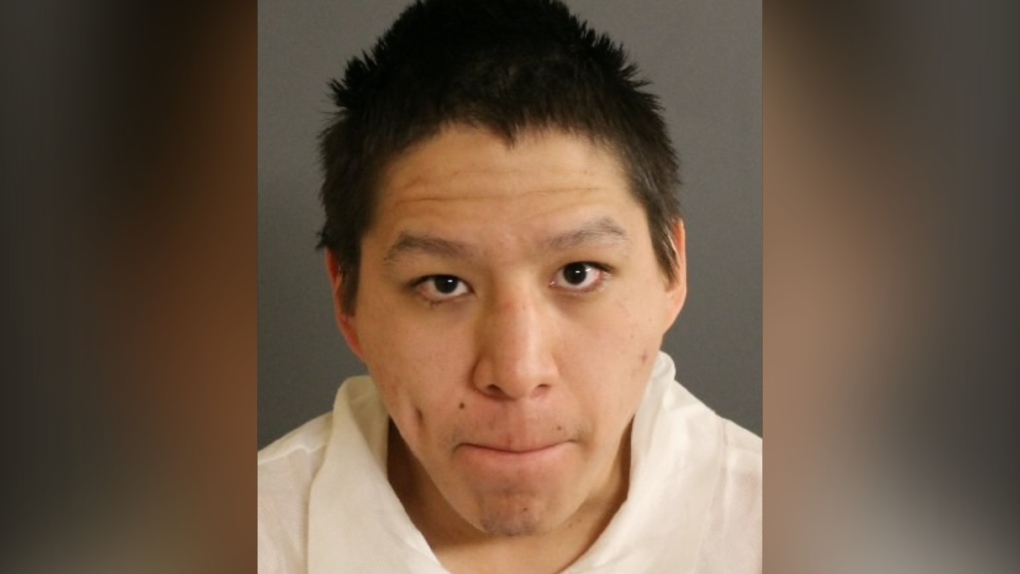 Michael Drynock has been found not guilty of murder, attempted murder and kidnapping -- charges stemming from a 2019 incident in Williams Lake (Williams Lake RCMP)

A B.C. man who was charged with first-degree murder, attempted murder and kidnapping in connection to an incident near Williams Lake in 2019 has been found not guilty on all counts.

Michael Drynock was accused of participating in a scheme to kill Branton Regner and his girlfriend Chantelle Laplante by throwing them off the Rudy Johnson Bridge on the night of Aug. 8, 2019.

Regner's body was recovered from the Fraser River three weeks later, in a part of the river about 50 kilometres away, by road.

Laplante, however, survived the fall, and was the Crown's main witness in the case against Drynock.

A B.C. Supreme Court decision issued last week describes the circumstances surrounding the incident, the Crown's theory of the murder plot, and the post-incident investigation in great detail.

The undisputed facts of the incident, according to Justice Carol J. Ross, are that Regner was invited to a barbecue and Laplante decided to join him. The pair were picked up from their home on Mackenzie Avenue and taken to the trailer where the barbecue was supposedly happening, but when they arrived, four men were waiting for them.

The men beat up Regner and forced him into the trunk of a different vehicle. They also forced Laplante into the backseat at gunpoint, according to the decision.

Ross wrote that the men then drove to the bridge, got Regner out of the trunk, and threw him into the river. Then they beat up Laplante and did the same to her.

For Ross, the case turned on the question of whether a man Laplante identified as "Mikey," who was in the front seat of the vehicle, could be proven beyond a reasonable doubt to be Drynock.

While Ross found Laplante to be a credible witness, she concluded that there was a possibility that Laplante had a sincere but mistaken belief as to Mikey's identity.

Ross noted that the incident began around 11 p.m., and that it was too dark for Laplante to make out distinguishing features of the people involved in her abduction and attempted murder.

Laplante was also experiencing "terrifying circumstances" that were unfolding quickly, the judge noted, adding that she had used methamphetamine shortly before she and Regner departed for the barbecue.

Beyond that, Ross found that Laplante had an "expectation" that Drynock would be involved in the kidnapping, because she associated him with Jayson James Anthony Gilbert, who Ross concluded was present in the vehicle.

According to the court decision, Regner had told Laplante that Gilbert and Drynock were two of the four men he had seen in the driveway at their home on Mackenzie Avenue earlier in the week, shortly before their roommate Richard Duncan was shot.

"Ms. Laplante was afraid of all of the people that Mr. Regner had said he had seen," Ross wrote in her decision.

"She wanted to avoid them, and all the people who associated with them, to the extent that she and Mr. Regner had planned to leave town as soon as their truck was rendered operational."

The judge wrote that Laplante believed the four men kidnapped her and Regner because Regner had witnessed the earlier shooting, and she agreed during questioning that this belief was a factor in her identification of Mikey as Drynock.

THE BURDEN OF PROOF

Ross noted that the burden of proof was on the Crown to show beyond a reasonable doubt that Drynock was involved in the incident. Even if Laplante were "probably correct" in identifying him as a participant, that would not be sufficient proof, the judge wrote.

"In all of the circumstances, I believe that it is a reasonable possibility that Ms. Laplante’s identification was shaped by her expectations and that she is mistaken in her identification of Mr. Drynock as the person who asked her questions at the trailer and rode in the front passenger seat on the way to the bridge," Ross wrote.

Therefore, she concluded that the Crown had not met its burden of proof beyond a reasonable doubt, and found Drynock not guilty on all three of the charges he faced.

Gilbert pleaded guilty to the lesser charge of second-degree murder earlier this year. He also pleaded guilty to attempted murder and kidnapping. According to the BC Prosecution Service, he is scheduled to be sentenced on Sept. 19.

The charges against Sellars were stayed in October 2021, the BCPS confirmed, saying in an email, "the charge assessment standard could no longer be met."

Earlier this year, Sellars was charged with attempted murder and discharging a firearm with intent to endanger life in connection to a shooting at the Williams Lake Stampede.

An attacker with a large kitchen knife killed two people and wounded six others in stabbings along the Las Vegas Strip before being arrested Thursday, police said.

The first teaser trailer for the long-awaited 'Super Mario Bros. Movie' is here — but a lack of Italian flair in Mario’s voice is leaving some fans feeling like they just got hit with a Koopa shell.

In move toward decriminalization, Biden pardons thousands for 'simple possession' of marijuana

U.S. President Joe Biden is pardoning thousands of Americans convicted of 'simple possession' of marijuana under federal law, as his administration takes a dramatic step toward decriminalizing the drug and addressing charging practices that disproportionately impact people of colour.