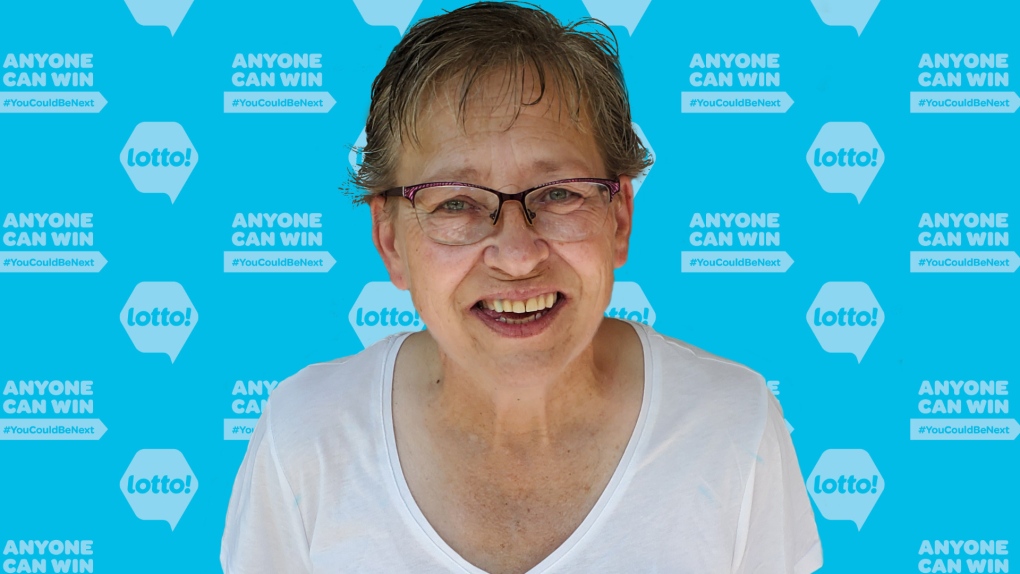 Christel Keller is shown in an image provided by BCLC.
VANCOUVER -

A woman who found herself a million dollars richer last month has big plans for the extra cash.

She said she checked her ticket at the gas station she'd bought it at, but didn't look at how much she won at the instant reader.

She handed it to the cashier, and it was then that she realized she'd just become a millionaire.

The grandmother said in a statement issued through the B.C. Lottery Corporation that it's always been her dream to win the lottery and help out her family.

Her plans include paying for her grandson's education without going into debt. Without elaborating further, she added she'll also help her daughter pay for some medical treatments.

"This means I don't have to worry about anything anymore… and I'm going to get in a lot of vacations," Keller said.

The first of those vacations, when it's safe to do so, will be in Tahiti, she said.

The odds of winning the most likely prize, a $5 free play, on a Lotto Max ticket are one in 8.5.

Keller was not the only person from B.C. to win $1 million in the June 18 draw. According to PlayNow.com, there were also winners in Prince George, Richmond, Kamloops, Chilliwack and Vancouver.

No one won the top prize of $70 million that day, but someone from Williams Lake matched six of the seven numbers and won $134,170.

The jackpot was claimed in the next draw, on June 22. Two people matched all seven numbers, and the prize was split between an Ontario resident and a man from Kamloops.