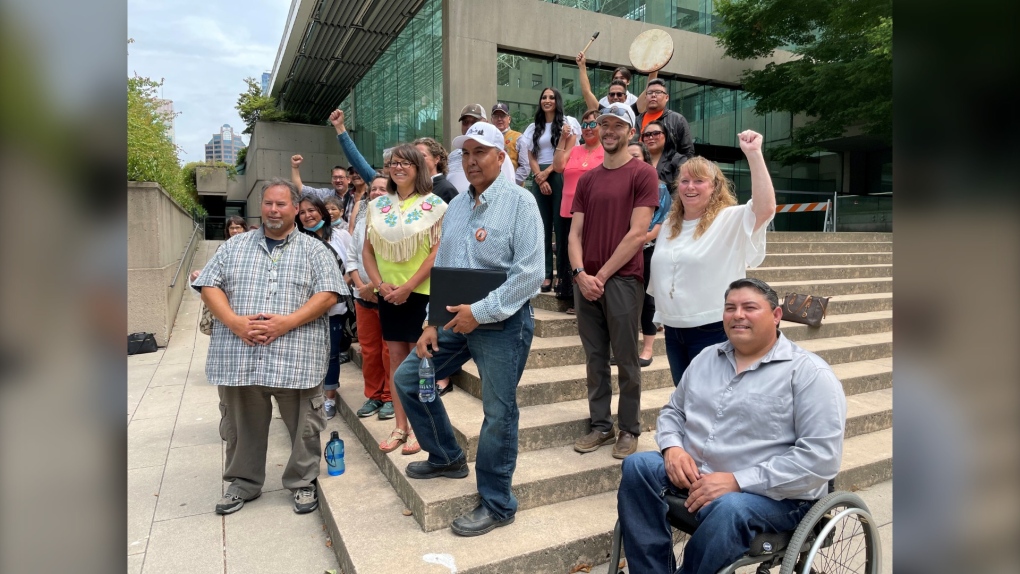 Members of the Blueberry River First Nation and their supporters celebrate a recent court ruling in downtown Vancouver on Thursday, July 8, 2021.
Vancouver -

British Columbia has decided not to appeal a provincial Supreme Court ruling that found the government breached the Treaty 8 agreement signed with the Blueberry River First Nations more than 120 years ago by allowing development without the community's approval.

Attorney General David Eby Eby says the court was clear the province must improve its management of the cumulative impacts of industrial development in the territory in B.C.'s northeast.

He says the B.C. government recognizes that negotiation, rather than litigation, is the primary forum for achieving reconciliation.

Eby says the province has reached out to Blueberry River First Nations to start the negotiation process for building a path forward for resource development in the territory that respects the nation's treaty rights.