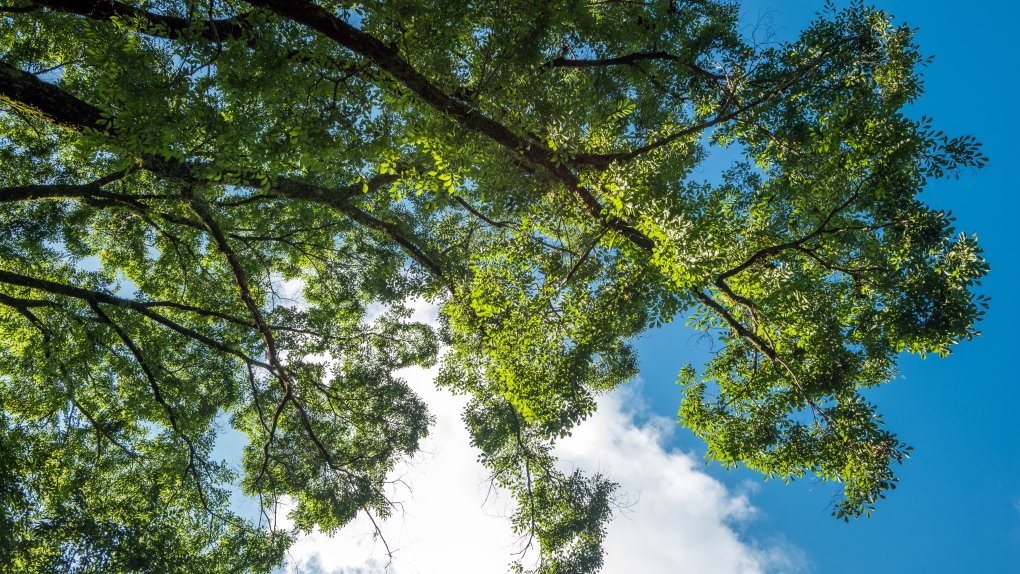 Someone could be fined as much as $400,000 if the City of Kelowna finds out who's behind the recent deaths of several local trees.

The municipal tree bylaw includes fines of up to $50,000 per tree for anyone caught vandalizing or removing trees on city property.

Staff members are looking for the person or people behind the deaths of eight trees in the city.

One was a decades-old elm on Manhattan Drive. The city said in a statement Friday that the 60-plus-year-old tree was "recently poisoned" and died.

The city had to remove the tree from a riparian zone, an operation that cost about $5,000.

Another seven trees were killed in the city's Kuipers Peak neighbourhood. The city said it seems someone meant to poison just one of the aspens on an area known as Clarance Greenspace – at Clarance Avenue and Kuipers Crescent – but because of the trees' connected root systems, several more died as well.

City staff said these trees were in an area considered a wet forest, where deciduous trees moderate the groundwater, helping to stabilize nearby slopes and prevent landslides.

The city believes whoever poisoned the trees did it on purpose, though it was unclear from the news release how staff came to that conclusion.

"These intentional acts of harm to our trees are really tragic and senseless," Kelowna urban forestry technician Tara Bergeson said in the statement.

"With all the benefits that trees provide our city, the big question when it comes to tree vandalism is 'why?'"

The city is looking for tips, and asks those with more information to call 250-469-8500, or to contact Crime Stoppers if they wish to remain anonymous.

After hammering Atlantic Canada, post-tropical storm Fiona has moved inland in southeastern Quebec, with Environment Canada saying the storm will continue to weaken as it tracks across southeastern Labrador and over the Labrador Sea.

Conservative House Leader Andrew Scheer says Pierre Poilievre's caucus will be supporting the Liberal government's bill to temporarily double the GST credit. In an interview on CTV's Question Period, Scheer said 'putting tax dollars back in the pockets of Canadians is something that Conservatives have always supported.'

Age and immigration: 'Very difficult' for applicants once they turn 40

Over 400,000 Maritimers still without power in Fiona's wake

Strong winds and heavy rainfall from Fiona have left over 400,000 Maritimers without power, as of midnight Sunday.

The town of Port aux Basques in Newfoundland is under a state of emergency as first responders cope with electrical fires, residential flooding, and washouts due to post-tropical storm Fiona.