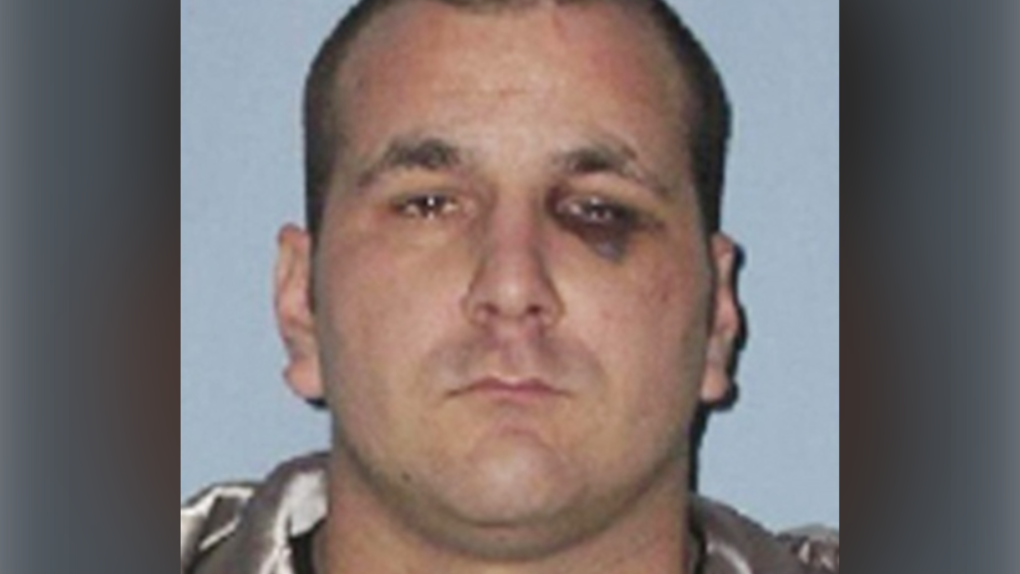 Cory Vallee is seen in an undated RCMP handout photo.

A panel of judges sided against an alleged hitman for a B.C. gang who tried to appeal the decision in his 2018 trial.

Cory Vallee was convicted by a judge in 2018 of first-degree murder and conspiracy to commit murder, charges stemming from the fatal shootings of two men in their 20s more than a decade earlier.

His case was back in court Thursday, seven months after a three-day hearing for an appeal of his trial judge's verdict.

There were four grounds for appeal presented by his legal team, which argued that Vallee should have been granted a mistrial.

During his trial, the Crown realized surveillance videos that had been disclosed showed Vallee at a Tim Hortons restaurant with other gang members on the date of the murder of Kevin Leclair – a crime tied to a turf war over street drugs, the court heard.

The restaurant was not far from the scene of the shooting, which occurred in a mall parking lot in Langley.

That information was treated as fresh disclosure, but should have been grounds for a mistrial, Vallee's team argued. His team suggested too that the witnesses who named Vallee as the shooter that day gave evidence that was "inherently untrustworthy" because of their relationships to the gang and each other.

Vallee's lawyers suggested instead that they may have "concocted a story – from rumours, access to disclosure and the media."

And his representatives claimed that the judge applied "different levels of scrutiny" to the evidence, depending on whether it supported the Crown's theory or Vallee's.

Despite the arguments spelled out over a three-day hearing in May 2021, the appellate court judges sided with the trial judge Thursday, saying in a written decision that they'd dismissed the appeal.

"The judge did not make the errors alleged by the appellant," justices Mary Saunders, Patrice Abrioux and Peter Voith wrote.

"The judge demonstrated no error in law or in principle in declining to grant a mistrial, nor did she misdirect herself or exercise her discretion in a manner resulting in a miscarriage of justice."

They went on to call the trial judge's findings "extensive and detailed," as well as based on a "mountain of evidence" presented in court.

Vallee is accused of working as a hitman for B.C.'s notorious United Nations gang, a detail that was part of the Crown's case against him.

Police believe the other shooting victim linked to Vallee's case, 24-year-old Jonathan Barber, was mistaken for a man believed to be a high-ranking member of a rival gang.

Vallee was one of several people with ties to the UN gang who was charged with conspiracy to murder the Bacon brothers (Jonathan, Jarrod and Jamie, alleged by authorities to have been in leadership roles with the Red Scorpion gang) and associates, and was accused of posting a $300,000 bounty on the gang leaders' heads.

He was charged in the 2008 and 2009 shootings within a few years of the deaths, but wasn't brought into custody until 2014, when he was nabbed in Mexico after being placed on most-wanted lists by Canadian authorities and Interpol.