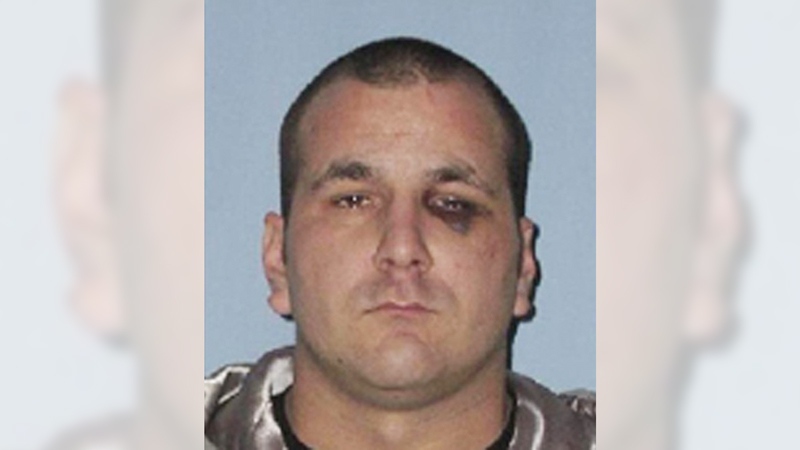 Cory Vallee is seen in an undated police handout photo.

A man accused of working as a hit man for B.C.'s notorious United Nations gang has been found guilty for his role in two shootings that occurred about a decade ago.

"This was a long, complex and resource-intensive investigation," said Supt. Donna Richardson of the Integrated Homicide Investigation Team.

The charges stem from the deaths of 24-year-old Jonathan Barber and 27-year-old Kevin LeClair.

Barber was killed when several shots pierced the Porsche Cayenne he was driving in Burnaby in May 2008. Police described Barber as an innocent man who was mistaken for one of the Bacon brothers.

IHIT said Barber fixed and installed vehicle electronics, and was shot minutes after taking possession of a Porsche tied to the Bacon family.

Barber's 17-year-old girlfriend, Vicky King, was nearby at the time of the shooting suffered a "life-altering injury" to her arm. Vallee and others were charged with her attempted murder as well.

Less than a year later, LeClair died in a "hail of gunfire during a brazen daytime shooting" in February 2009, IHIT said. The high-ranking member of the Red Scorpions gang was shot in the parking lot of a Langley shopping centre as LeClair left a restaurant.

Several buildings and bystanders' vehicles were sprayed by bullets during the incident.

Vallee was one of several people with ties to the UN gang who was charged with conspiracy to murder the Bacons and associates as a result of the incidents. He was accused at the time of posting a $300,000 bounty on the gang leaders' heads.

While Vallee's charges were announced in 2011, it took three years to bring him into custody. The then-37-year-old was a fugitive on Canada's most-wanted list when he was nabbed in Mexico and deported.

At the time, he was also on Interpol's most-wanted list.