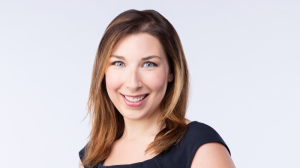 Breanna Karstens-Smith is no longer with CTV News Vancouver.

Breanna Karstens-Smith comes to CTV Vancouver from the Prairies. Born and raised in Edmonton, Breanna earned her Radio and Television Broadcasting diploma from Mount Royal University in Calgary. After graduation, Breanna made the move to CHAT Television in Medicine Hat to gain experience. In 2012 she returned home to work as a reporter at CTV Edmonton.

Her career has included coverage of major news events including historic elections, the resignation of Alberta Premier Alison Redford and the murder of an on-duty Edmonton police officer. In 2016, Breanna was in Fort McMurray from the beginning of the devastating wildfire that destroyed thousands of homes. Her coverage continued for months afterwards. The following year she was in the Okanagan to tell stories of spring floods and travelled throughout the Interior as wildfires spread through British Columbia.

On her days off, Breanna tries to give back to the community, having done work with Kin Canada, the MS Society and Boys and Girls Clubs Big Brothers Big Sisters. She also loves to travel, run races and, despite now being a Vancouverite, cheer for the Oilers.