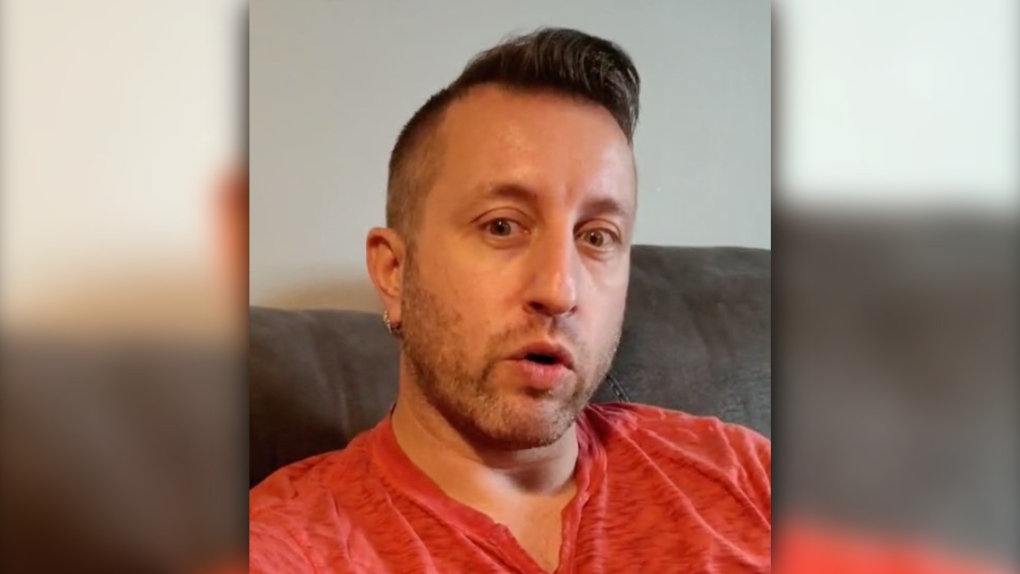 Ryan Kulbaba is seen in a screen capture from a Facebook video posted on Sept. 27, 2021. (Facebook/Ryan Kulbaba)
Vancouver -

A prominent anti-restriction activist from B.C. who has been involved in a number of high-profile rallies against COVID-19 mitigation measures has disclosed he's fallen ill and has "never been more sick."

Ryan Kulbaba, who has fought against everything from masks in schools to the province's vaccine card, reported a wide range of symptoms on Facebook this week, including chills, body aches, coughing, fatigue, difficulty walking and soreness in his eyes.

While a number of commenters questioned whether he might have caught the novel coronavirus, which has been linked to those symptoms and others, Kulbaba did not address the possibility in his post.

"I don't know what the (expletive) I have but this is BY FAR the worst I've felt combined with the lengthy of time being sick EVER. Holy (expletive)!!!!!!"

The activist, who helped organize the so-called B.C. Freedom Mega Rally in Vancouver last year and has been involved in several others since, said he had been sick for seven days straight as of Oct. 18.

A previous post indicated he was in close contact with other members of the movement on the evening of Oct. 12.

"Hands were shook, hugs were hugged, fences were mended, pasts were left in the past and apologies were said," he wrote.

Kulbaba's post prompted an outpouring of sympathy, with many of his thousands of followers offering non-medical advice for treating his symptoms, recommending remedies ranging from melatonin to vitamin C. Some also suggested he take the anti-parasitic drug ivermectin, which has not been proven to treat COVID-19.

"Ivermectin for horses comes in a paste. Take one-tenth of a tube a day," one commenter wrote, possibly in jest.

"Thanks for dose info," responded another.

Ivermectin prompted a warning from Health Canada over the summer following a spike in poison control centre calls regarding people who had taken the drug against medical advice.

"There is no evidence that ivermectin works to prevent or treat COVID-19, and it is not authorized for this use," Health Canada said at the time.

"Health Canada has not received any drug submission or applications for clinical trials for ivermectin for the prevention or treatment of COVID-19."

CTV News reached out to Kulbaba for an update on his condition and to seek comment for the speculation on his illness, but has not heard back. 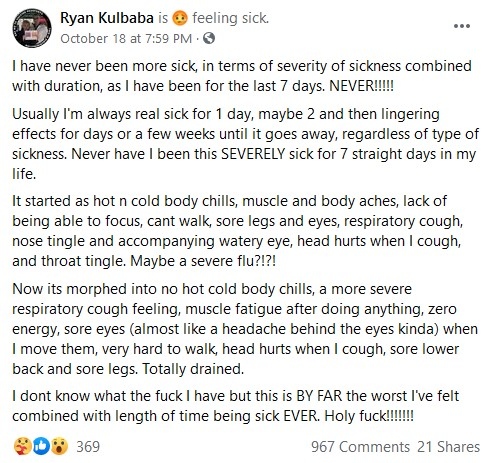 Ten children in Canada were found to be suffering from severe acute hepatitis not caused by known hepatitis viruses over a nearly six-month period recently, the Public Health Agency of Canada announced Friday.