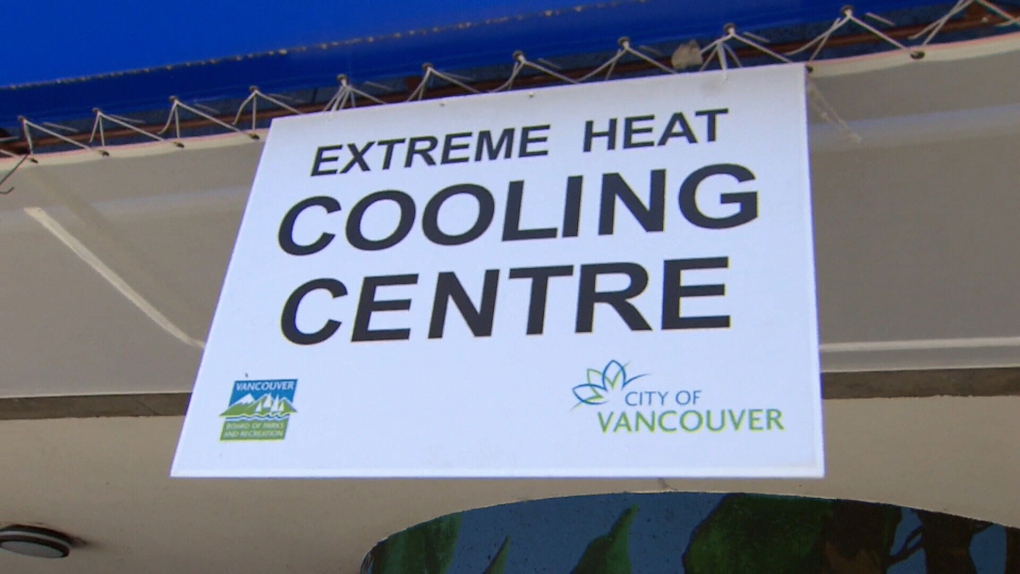 A cooling centre is seen in Vancouver in this image from July 2018.

With a heat warning in effect several cities in Metro Vancouver and the Fraser Valley have opened up dedicated indoor cooling centres and outdoor cooling stations. We've compiled a list of what's available and where.

The cities that are not on this list either do not have dedicated cooling centres or have not yet activated them. All are reminding residents who need to cool off that they are welcome to do so in air-conditioned civic facilities like libraries and community centres, or by visiting pools and spray parks. Most of these municipalities did open cooling centres with extended hours, seating, water, and staff on site during the 2021 heat dome when the region was under an extreme heat alert and have put plans in place to do the same if the region sees similarly sweltering conditions.

In addition, outdoor cooling stations are being operated by the Society to End Homelessness. Open from 11:30 a.m. to 6:30 p.m. They provide water, washroom facilities, shade seating, and free wi-fi. This is where they are:

Two coolling centres have been opened, with the city sayig if the heat warning remains in place past Friday operation wil be extended through the weekend..

A pet-friendly misting station has also been set up at Tourism Chilliwack’s welcome centre which is located at 44150 Luckakuck Way.

Four misting stations will run this week from 1 – 9 p.m. at the following locations:

Last time a heat warning was in place, the City and Township published a list of facilities in their jurisdictions.

Our community partners the Township of Langley and the City are sharing this resource to help you and your family stay cool with the heat this week. Check out the list of spray parks! pic.twitter.com/RQDeTy4rl0

Hors have been extended at three air-conditioned civic facilities.

Misting stations have been set up at locations throughout the city:

The city has created a map that shows where to find outdoor misting stations, covered outdoor areas, water fountains, and air-conditioned civic facilities.

The city's community centres are open to people during regular business hours. A list can be found online which includes information on which locations also welcome pets.

Outdoor cooling stations operated by non-profits have been set up. Most feature a misting tent, water, and other heat response supplies.

Cooling centres are available throughout the city. The hours vary according to facility but are extended beyond normal operating hours while the heat warning is in place.