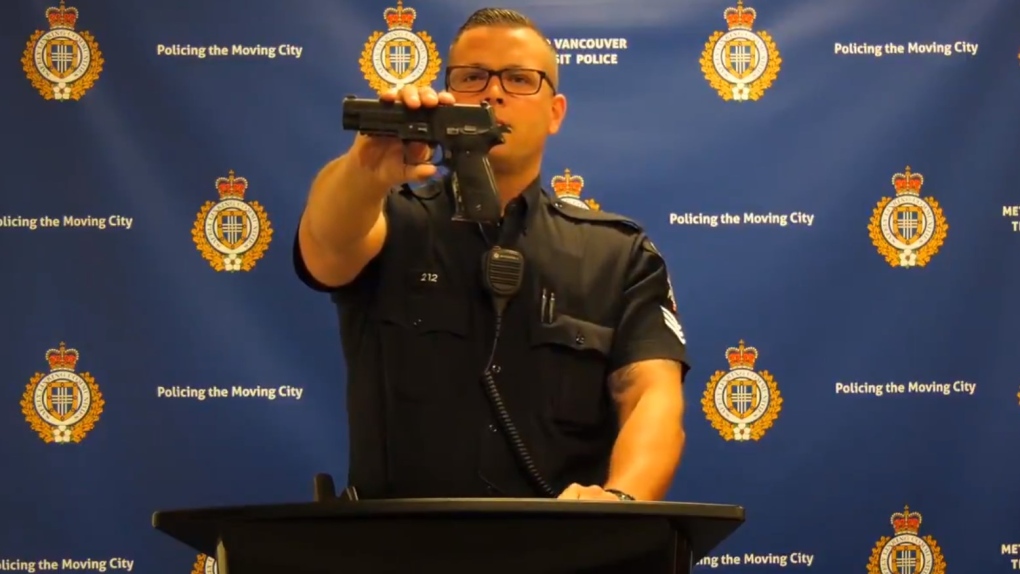 The offences ranged, and arrests were made under five different circumstances, police said in a video posted to Twitter Tuesday.

One person was wanted under a Canada-wide warrant for robbery.

"In one of these circumstances we actually had an officer right here, at the transit police headquarters on the third floor," said Sgt. Clint Hampton in the video.

"They were looking out the window when they recognized a man below. That man had an outstanding warrant and was placed under arrest."

In one other situation, police say they dealt with a woman who had an outstanding warrant for assaulting a police officer.

"In another case, our officers dealt with a man after he pushed through the fare gates," Hampton said. "They discovered he had an outstanding warrant and he was also in possession of … a replica style handgun."

"I'm proud to work with such a hardworking, dedicated, keen group of police officers," he said. "They're out there, working hard to keep the transit system safe."

7 arrest warrants executed in just 6 hours last night at @TransitPolice. 5 offenders off of the street and transit system by our officers, including Canada-wide warrant for robbery, one for assaulting a police officer & one who had a replica firearm #BusyNight#MVTPCrimeMinute pic.twitter.com/fxNlKSWq8m