2 shootings in 1 hour in Richmond; motive still under investigation 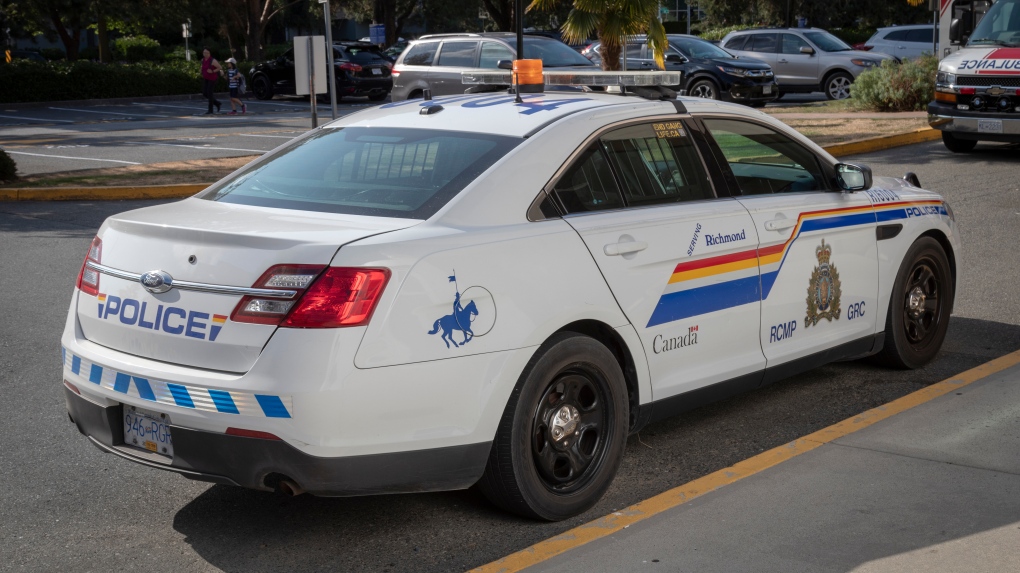 An RCMP vehicle is seen in Richmond, B.C., in this undated image. (Shutterstock)
VANCOUVER -

Mounties are investigating two shootings reported in a period of about an hour in Metro Vancouver.

The first happened at around noon Monday in the area of Dyke and No. 4 roads, the Richmond RCMP said in a news release.

That report was still under investigation when the same detachment was called to another shooting about a 10-minute drive away.

That incident was reported at approximately 1:10 p.m. on Granville Avenue near No. 4 Road.

No one was injured in either shooting, and police do not believe there is any related concern for public safety

Two hours later, a man was arrested in Vancouver in connection with both shootings. Police have not said what led them to the suspect, who has not been publicly identified.

The motive of the incidents is still under investigation, and Mounties say they're also looking into whether there are any ties to the ongoing gang conflict in the Lower Mainland.

In a statement, the RCMP said its Serious Crime team has taken conduct of the case, and that no further details would be released at this time.

Anyone with more information on either shooting is asked to contact police or Crime Stoppers.