About two years after a hotel made of "sleeping pods" opened its doors in Whistler, a similar concept is coming to Richmond.

The Panda Pod Hotel opens next week in the city south of Vancouver.

Located on No. 3 Road near Granville Avenue, the hotel features 64 small pods instead of bedrooms.

On its website, Panda Pod says the pods are "designed for maximum comfort," and "extra spacious." They're made with noise-cancelling materials, but have a pull-down screen instead of a door.

Earplugs are available at the front desk, the website says. 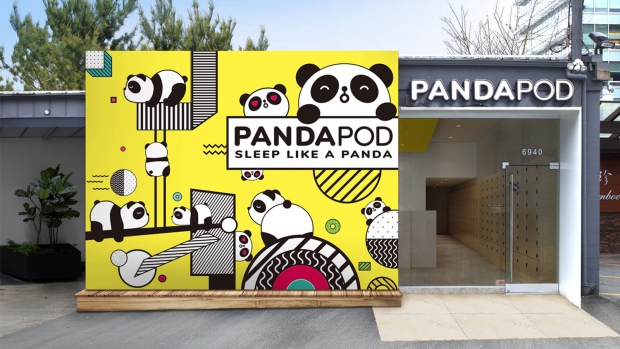 Pods also include a folding table for guests who bring their laptop, and a few hooks to hang up clothing. The hotel will store one piece of luggage for free, and charges $5 per night for a second item.

Sleeping pods have a maximum weight capacity of 220 pounds and only one person is allowed per pod.

Would-be users are asked to give their gender when booking – either "male panda" or "female panda" – and room prices after May varied from about $53 to $65.

The hotel does not allow visitors under the age of 18: "Sorry, no panda cubs allowed."

Guests are advised that alcohol is not permitted on the premises, and no food is allowed inside the pods. The hotel has no restaurant, recommending instead that visitors order takeout and eat in the lounge.

As an opening special, the hotel is advertising pods starting at $49 per night before tax. Prices are expect to increase at the end of May to $75, and rooms might cost more when demand is higher in the summer months. 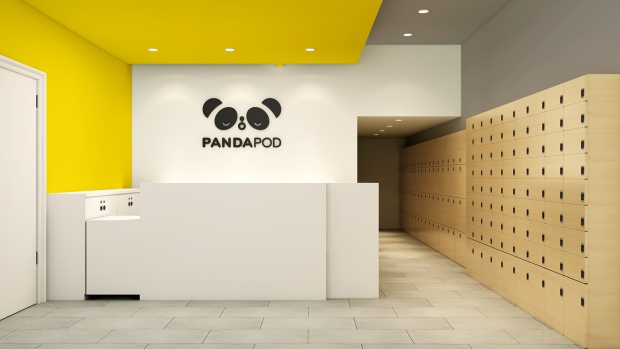 The Richmond hotel is similarly priced to Whistler's Pangea Pod Hotel, which, based on its website, appears to be booked up for most of the summer. Pods in the Whistler hotel could be booked for the weekend of April first for between $62 for a single pod and $120 for two.

Pangea allows couples to share a pod, provided they both pay.

The Pangea does not allow children or pets, but does have a small café and bar and a rooftop patio.