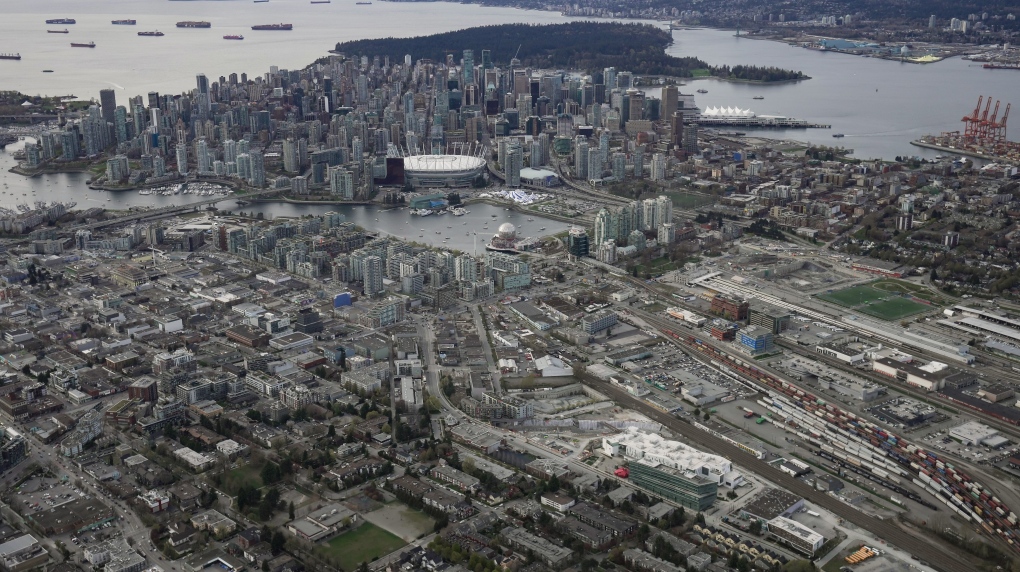 The downtown Vancouver skyline is seen in an aerial view from east Vancouver, on Saturday, April 9, 2022. THE CANADIAN PRESS/Darryl Dyck

It's been a wet and cold start to spring in Metro Vancouver, and Environment Canada says that won't be changing anytime soon.

Warning preparedness meteorologist Armel Castellan says it's due to a deep, low-pressure system that has enveloped most of western North America.

"Were lagging behind those regular seasonal values as a result of having an open door to the Pacific, dousing parts of southwest B.C. and into the interior," Castallen told CTV News.

Castellan says several parts of the province have set low temperature records thus far, including Vancouver back in mid-April. The city recorded a low of -1.2 C on April 16, beating the previous record of -0.6 set in 1896.

He says while May hasn't had any records, T-shirt weather may still be weeks away.

"We're not looking at a big warm up," Castellan said.

"We could see the snowline drop in the local mountains on Friday."

Castellan says Environment Canada will have a summer forecast ready in June.

However, following a year of extreme heat and wildfires, he says the slow start to spring could make that much harder to predict this year.

"There's the snow melt that we must get through first before we can get to poor air quality and wildfire season,'' Castellan said.

Castellan says with so many people lacking exposure to high UV sun so far, it's important to be extra cautious when it does eventually come out.

"When the sun does come out people are normally going to go out there and enjoy it, but make sure to wear sun screen because this time of year the UV is going to be at a five, maybe even six."