Walk of Fame to replace stars for Shatner, Howe 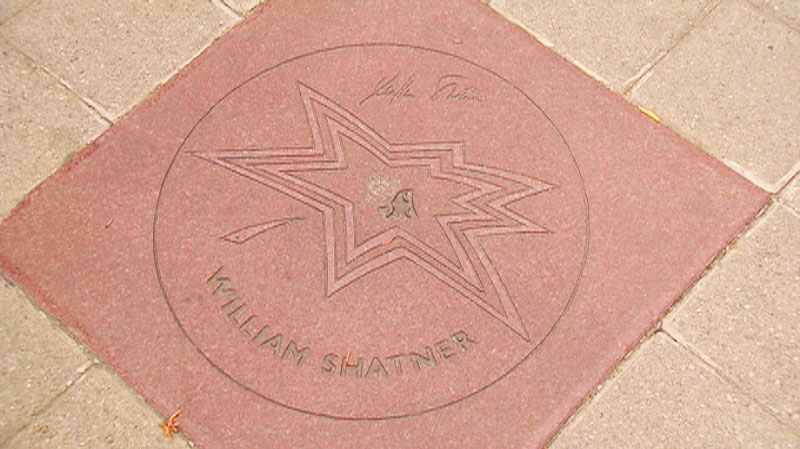 Actor William Shatner's plaque on Canada's Walk of Fame in Toronto is seen on Thursday, Sept. 16, 2010.

The president and CEO of Canada's Walk of Fame says that damaged stars devoted to actor William Shatner and hockey legend Gordie Howe will be replaced with new plaques.

The replacement stars have been ordered and will be installed by City of Toronto staff as early as possible, the attraction's organizers said.

The announcement came after famed actor William Shatner expressed concern for his star on Twitter. On Tuesday afternoon, he tweeted "I hear my star on the Canadian Walk of Fame is a bit frazzled, but then again so am I," which sounded more like a joke than a real concern.

Shatner followed that tweet quickly with "I wonder if anybody hovering around that area can tell me what's wrong with it and what needs fixing?"

A fan sent a message back letting Shatner know there was a small chip in one corner and the surrounding blocks, which he guessed were caused by snow removal equipment. The fan also posted a couple of pictures of the square.

Shatner, still seeming concerned, asked the fan if the star looked frazzled "up close in person."

The Montreal-born actor, made famous by his role as Captain Kirk on Star Trek, was inducted in Canada's Walk of Fame in 2000.

Earlier this week, Gordie Howe's family said they wanted to have his star repaired, after learning that it was cracked. Howe's son Marty said the hockey great didn't know that his star had been damaged.

Many of the plaques, built into sidewalks in Toronto's entertainment district, show signs of wear from freezing and thawing, according to Walk of Fame president and CEO Peter Soumalias.

City officials had said that sorting out who should fix the plaques will have to be worked out between the Walk of Fame and the city.

Canada's Walk of Fame has honoured 131 Canadians with stars since its inception in 1998. Inductees include names from sport, music, film, television, science, innovation and the arts.