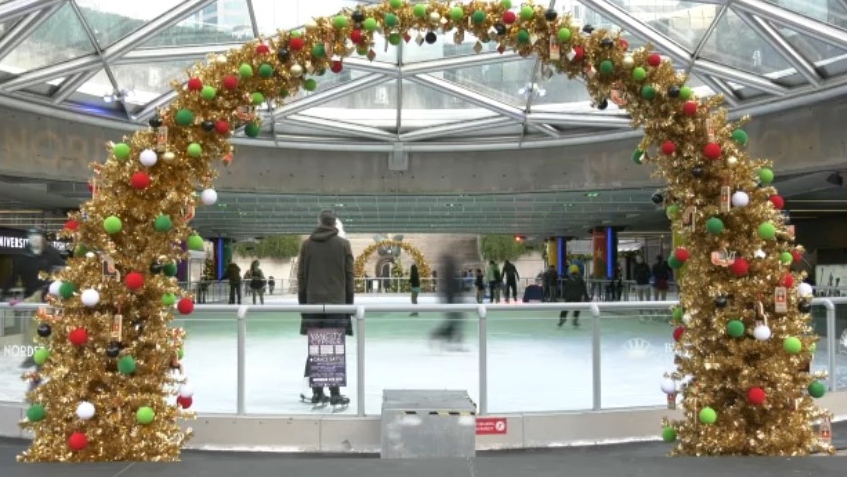 A favourite Vancouver winter tradition kicked off today, as the Robson Square Ice Rink officially opened and skaters took to the ice.

VANCOUVER -- A favourite Vancouver winter tradition kicked off Saturday as the Robson Square Ice Rink officially opened and skaters took to the ice.

It doesn't cost anything to skate at the outdoor rink located at Robson Square near the Vancouver Art Gallery, and if you don't have your own skates you can rent them for $5 (cash only). The rink will stay open until Feb. 29, 2020, although if Vancouver's mild winter weather gets too warm, it could lead to poor ice conditions. Visitors can call a special hotline, 604-646-3554, to check.

Robson Square is open from 9 a.m. to 9 p.m. on weekdays, and until 11 p.m. on Fridays and Saturdays. The skating rink attracts around 120,000 visitors every year. On Family Day (Feb. 17), skate rentals will be free of charge, according to the B.C. government, which operates Robson Square.

From Dec. 13 to 24, the Robson Square Ice Rink will offer live music, and New Year’s Eve will feature a live musical performance from Rumba Calzada, a Latin jazz and salsa band. Throughout December, donations will be collected to support BC Children’s Hospital Foundation.