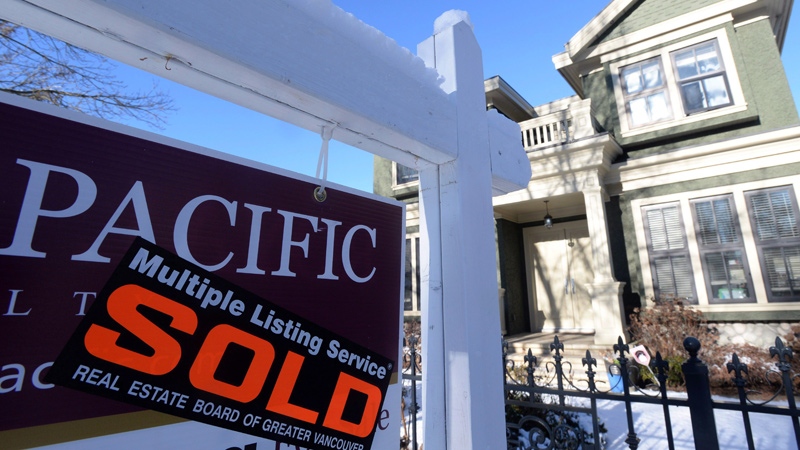 A real estate sold sign is shown outside a house in Vancouver, Tuesday, Jan.3, 2017. THE CANADIAN PRESS/Jonathan Hayward

VANCOUVER - The benchmark price of a home in Metro Vancouver fell below $1 million last month, marking the first time the number dropped below seven figures since May 2017.

The Real Estate Board of Greater Vancouver says the composite benchmark price for detached houses, townhomes and condos was $998,700 in June -- down 9.6 per cent from the same time last year and 0.8 per cent from May.

Prices dropped as the area recorded the lowest number of home sales last month than any June in nearly two decades.