Canada's most expensive real estate, from Vancouver to St. John's 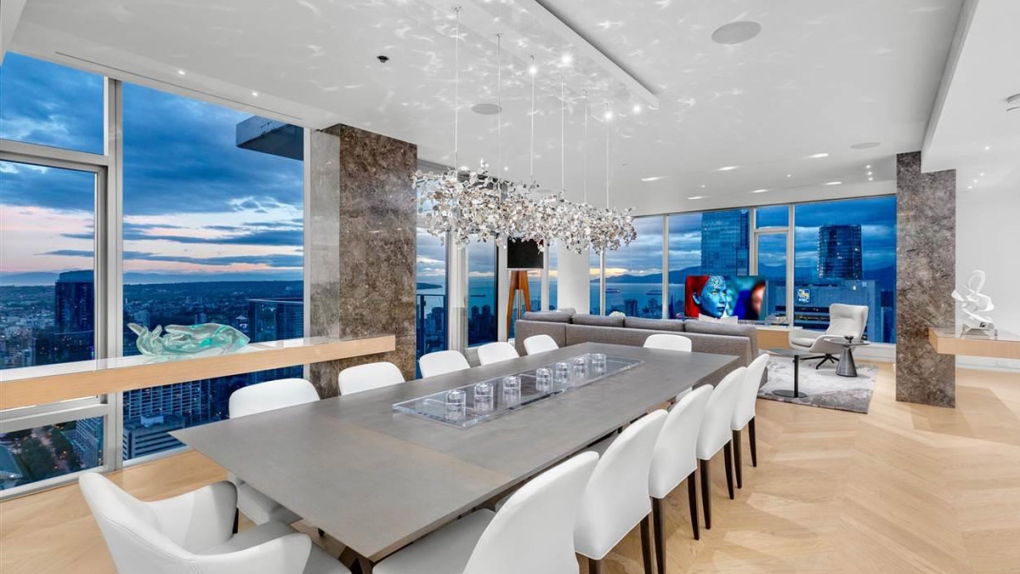 Vancouver's priciest property as of this week is a $35.8 million penthouse at the downtown Vancouver Hotel Georgia.

From sea to shining sea, there's a lot of variety when it comes to Canadian real estate.

Listings websites often feature multimillion-dollar condos in cities like Vancouver and Toronto, but what's on the luxury market elsewhere?

Whether it's a $35 million penthouse on the west coast or an entire estate in the east, here's a look at the most expensive real estate listings in major Canadian cities this week. All images and listings are from Realtor.ca.

Unsurprisingly, many of the site's most expensive listings in Canada are located in the Vancouver area.

The city's priciest property as of this week is a $35.8 million penthouse at the downtown Vancouver Hotel Georgia.

The single-floor condo is 7,200 square feet, and includes five terraces – one with an outdoor gas fireplace. The condo has four bedrooms, seven bathrooms, a billiard room, wet bar and wine room.

It has room to park four vehicles, and residents have access to the hotel's indoor pool and spa. 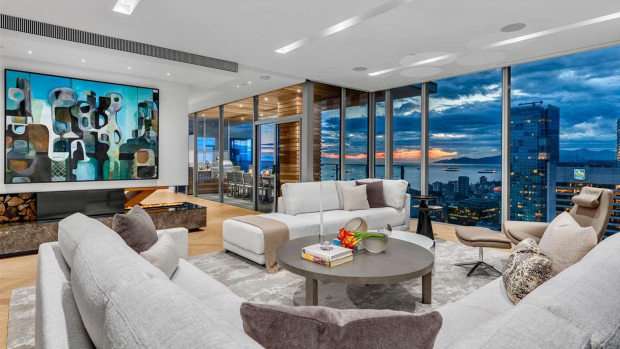 Also in the Vancouver area, and priced higher than the Hotel Georgia condo, is a six-bedroom, eight-bathroom home in West Vancouver.

Located on 2.82 acres off Chartwell Place, the estate is listed at $39.9 million and has more than 20,000 square feet of living space. The listing describes the property as having an indoor pool, library, wine cellar, huge terrace and private access to a creek.

It also has its own tennis court. 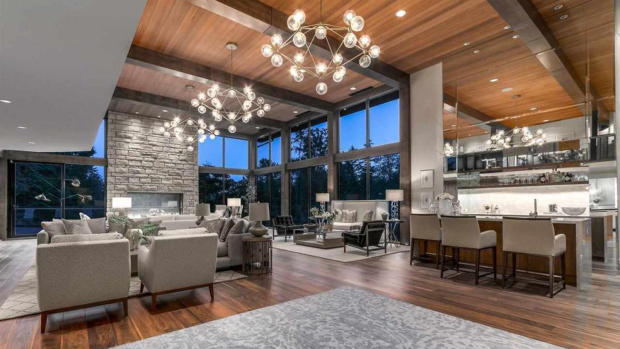 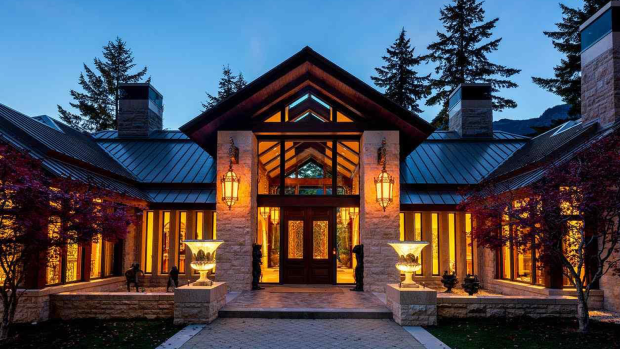 In Victoria, there's a waterfront estate listed at a mere $13,888,000. The six-bedroom, nine-bathroom estate is on 2.5 acres with more than 1,000 feet of seawall above a rocky shoreline.

The listing boasts views of the Strait of Georgia and Mount Baker, as well as soaring ceilings, an indoor pool, elevator and theatre. 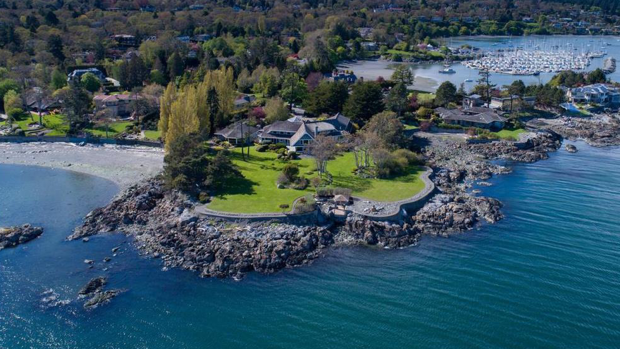 Heading east, the steepest asking price in the Calgary area is $12.5 million for a "contemporary country castle."

"Exquisitely finished with finest of materials with utmost details," the listing reads.

"A world-class residence in Canada." 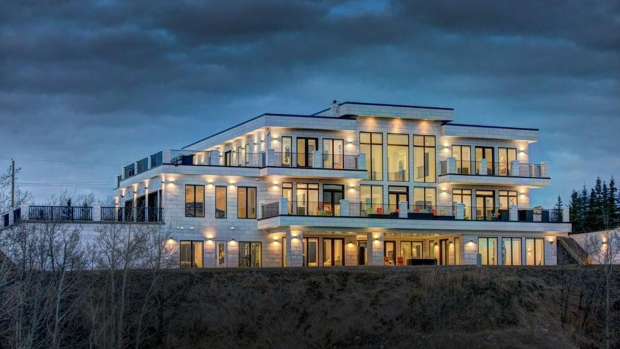 Edmonton's highest-priced listing is a "classic English brick manor" complete with a turret. It's listed at $8.5 million. 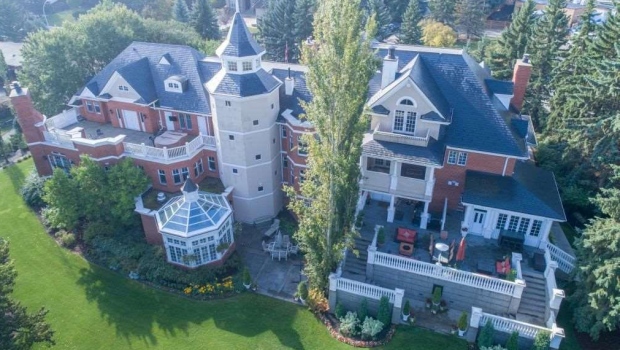 Meanwhile, in Regina, the most expensive property on Realtor.ca this week was just $2.09 million.

That price gets a would-be buyer a four-bedroom, five-bathroom home with a "spectacular renaissance glacier stained glass window."

The listing boasts high ceilings, a massive kitchen, two dining areas, a library, master suite with fireplace and a gym. It also has an outdoor kitchen, sunken gas fire pit and room to park nine vehicles. 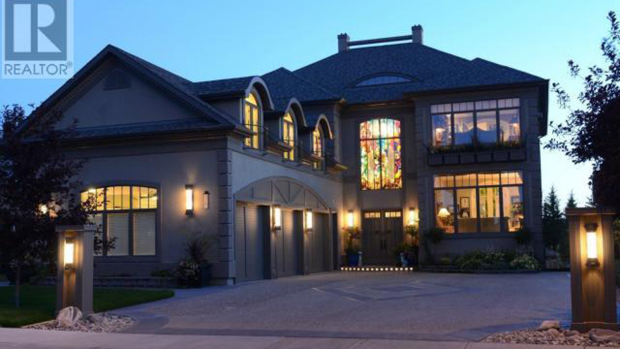 In Winnipeg, the most expensive home on Realtor.ca has a whopping one dozen bathrooms.

Listed at $9.9 million, the Art Deco-style home features "state of the art gourmet kitchen and mechanicals throughout."

It has six bedrooms and about 22,000 square feet of living space, the listing says. 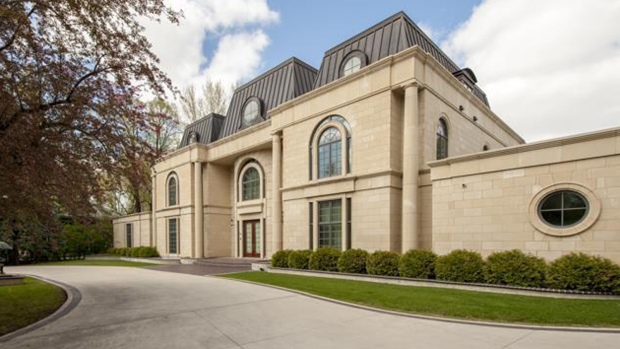 Heading east by one province, there's a $32 million home on Toronto's Bridle Path.

Described by the listing agent as "palatial," the massive manor is just a year old and includes, among other things, a water fountain, stone terrace, tennis court and cathedral ball room. 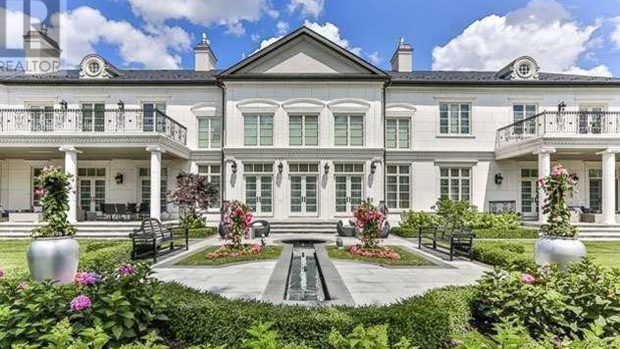 In nearby Oakville, Ont., the priciest property is a six-bedroom, 14-bath estate listed at $59 million.

It includes wine cellars (plural), a tennis court and indoor and outdoor pools and a private chapel. Mentioned in the listing is the "ability to land a helicopter on the grounds." 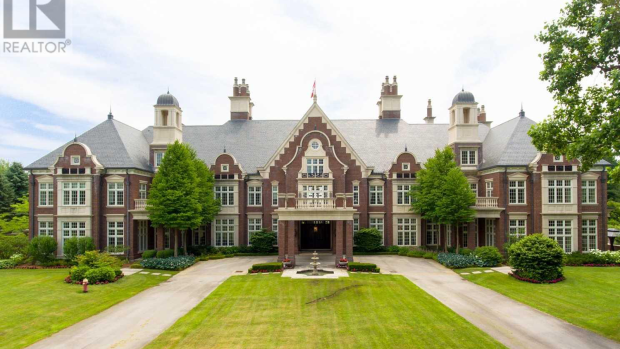 In stark contrast, the most expensive home for sale in the Capital is a three-bedroom, four-bathroom home on Ottawa's MacKinnon Road. 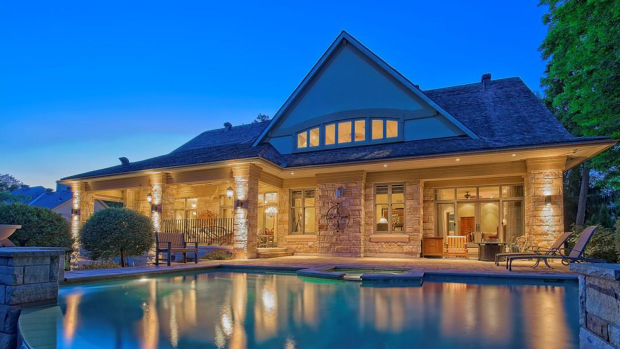 Just a short drive away, Montreal's most expensive listing is priced more than $20,000,000 higher than Ottawa's.

"A secluded and luxurious haven like no other," the listing reads. In addition to the stone mansion, there's a coach house, massive pool and tennis court. 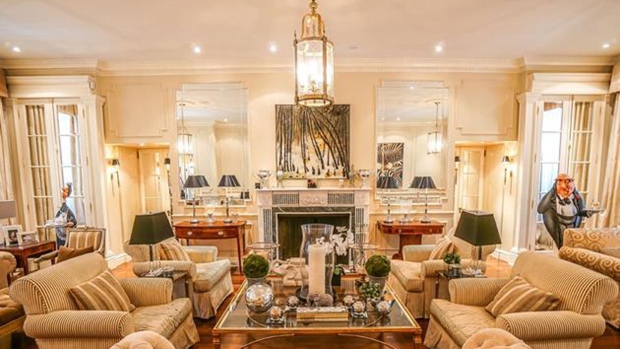 The owners of this property in Lac-Beauport, a town near Quebec City, are looking for $4.5 million for this waterfront property.

It has a private beach and a boathouse. 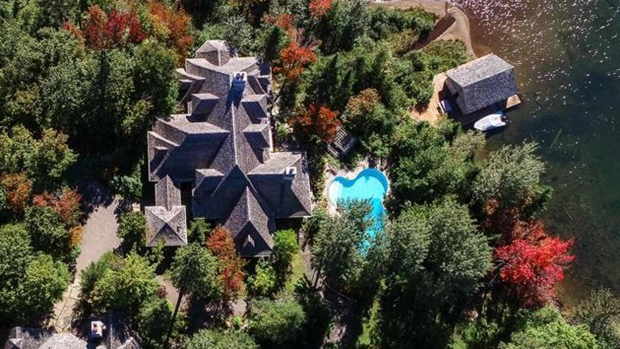 In Fredericton, the highest-priced home is a bit outside the city in nearby Hanwell. 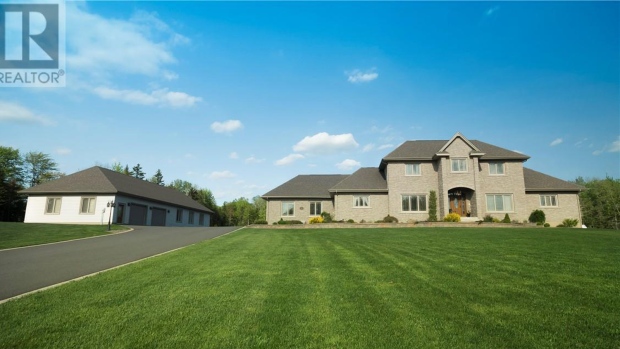 In Halifax, the most expensive listing is a waterfront estate.

A would-be buyer willing to cough up $5,795,000 can take in the Northwest Arm from a four-bedroom, seven-bathroom home.

The dock is just a short boat ride away from the Atlantic Ocean. 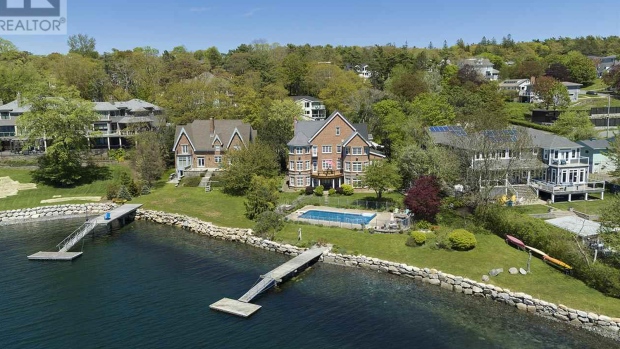 Just across from Charlottetown is this $2.7 million property in Stratford, P.E.I.

The four-bedroom, three-bathroom home is on the water, "offering priceless peace and privacy on the coastline of the Northumberland Strait."

It sits on 6.17 acres of land, which the listing agent says is has prime potential for homesites.

"Enjoy unobscured views from your back covered verandah while cruise ships & tall ships sail into the Charlottetown Harbour," the listing says.

The property includes a carriage house, and inside, the main home has formal living and dining rooms, three fireplaces and spacious bedrooms. 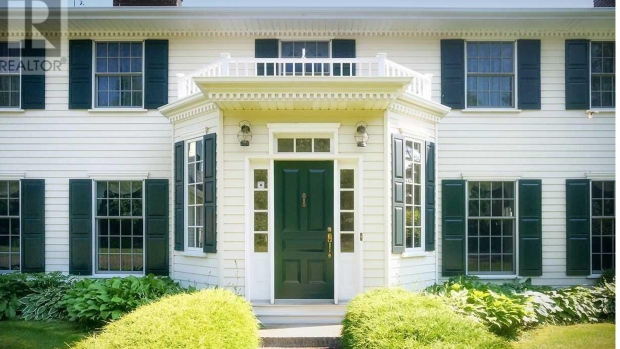 This five-bedroom home in St. Phillips, near St. John's, has sweeping views of Conception Bay, the listing says.

Features include a three-car garage, six bathrooms, a walkout basement and three custom staircases. It's listed at $1,995,000. 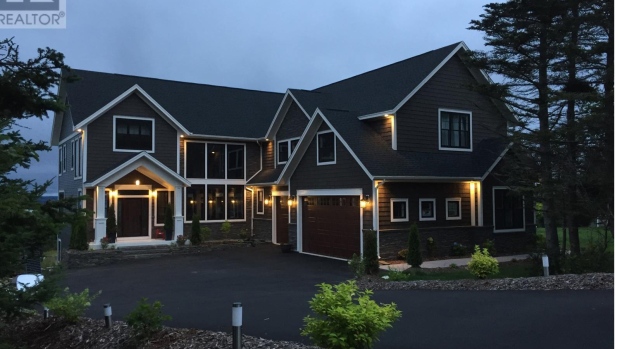