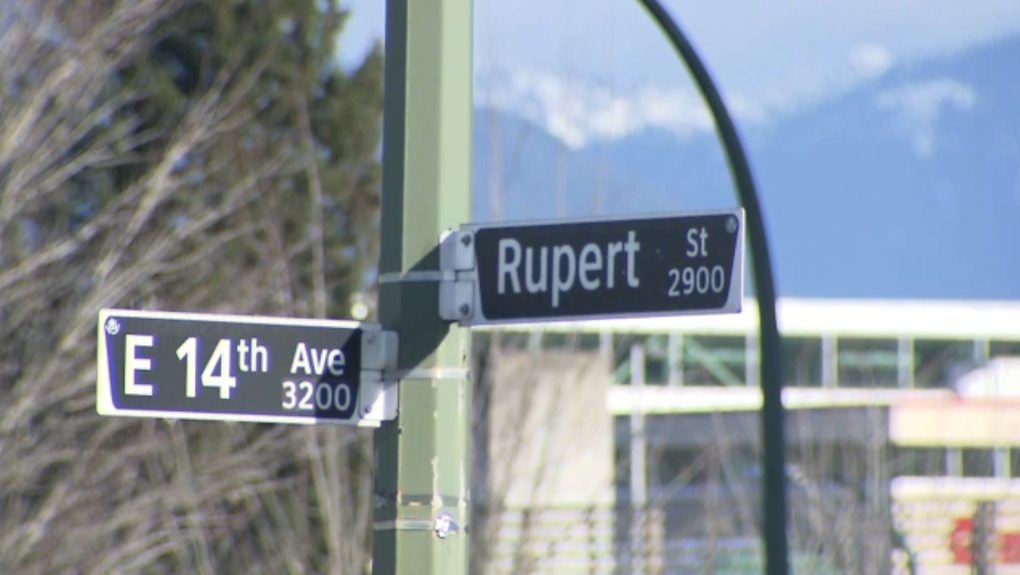 The collision occurred at the intersection of Rupert Street and East 14th Avenue. (CTV)

VANCOUVER -- Police say a woman struck by a vehicle in East Vancouver last month has suffered "life-altering" injuries from the collision. Now, they're looking to speak to anyone who may have witnessed the crash.

The incident occurred at the intersection of Rupert Street and East 14th Avenue around 2 p.m. on Tuesday, Dec. 22. A 63-year-old woman who was walking south on Rupert was crossing East 14th when a white Cadillac hit her while turning right onto the avenue.

Vancouver Police Department spokesperson Sgt. Steve Addison told reporters at the intersection Wednesday that the collision "probably didn't seem like much when it occurred," and that police believe there were likely witnesses who left the scene before officers arrived as a result.

"We need to speak to those people now," Addison said. "The victim is in hospital, the injuries are quite serious and we just need to find out more about what happened."

The VPD collision investigation unit has been looking into the crash since it happened, including canvassing the area for surveillance video and witnesses, Addison said.

He added that the driver of the Cadillac stayed at the scene after the crash, and police do not believe speed or alcohol were factors in the incident. One possibility they are exploring is that the angle of the sun at the time impaired the driver's vision, he said.

He asked anyone who witnessed the crash or may have dash cam video from the scene to reach out to collision investigators by calling 604-717-3012.