Pedestrian dead in Abbotsford after being hit by three vehicles on highway, say police 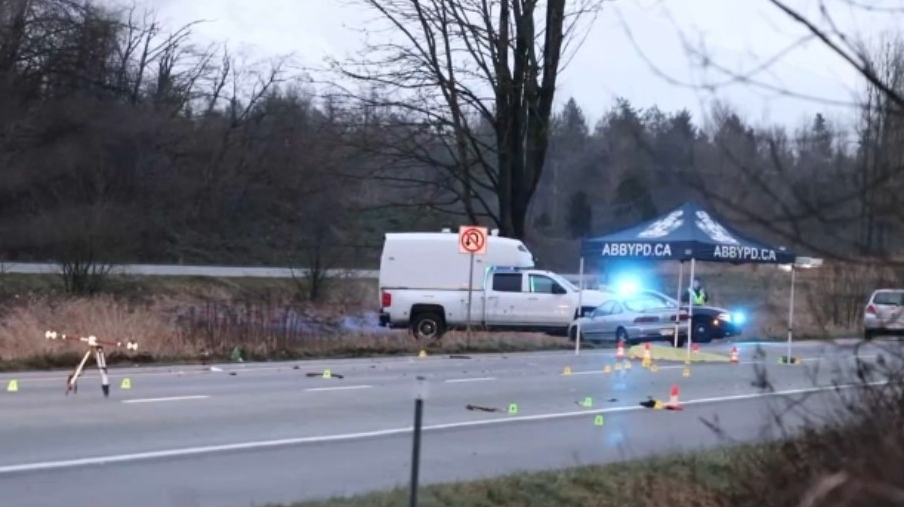 A pedestrian is dead after being hit by three vehicles early Sunday morning, Jan. 3, 2021, on the highway in Abbotsford, B.C.

VANCOUVER -- A person has died in Abbotsford after being hit by three vehicles early Sunday morning.

Emergency medical responders attended the scene at Highway 1 near the Abbotsford and Langley city border around 4:15 a.m., say Abbotsford Police.

“Upon arrival, emergency service workers located a man in the east-bound lanes who had been struck by three vehicles,” reads a news statement from Cst. Jody Thomas.

“The man had sustained fatal injuries and was pronounced deceased,” it continues.

Police say they have not yet identified the man but the drivers involved in the collision remained on scene and are cooperating.

“The drivers did not sustain any injuries and are very shaken by this incident,” reads the statement.

The Integrated Collision Analysis Reconstruction Team, police investigators and the B.C. Coroners Service continued their investigation into the later morning.

Although the highway was closed for several hours eastbound between 264th Street and Mt. Lehman Road, Abbotsford Police said in a tweet around 10 a.m. that it had reopened.

Police are also seeking witnesses to the accident, as well as any dashcam or CCTV footage from those who may have been travelling eastbound in the area just prior to the collision. Those who have information can contact Abbotsford Police Department at their non-emergency line at 604-859-5225 and quote file 2021-246.