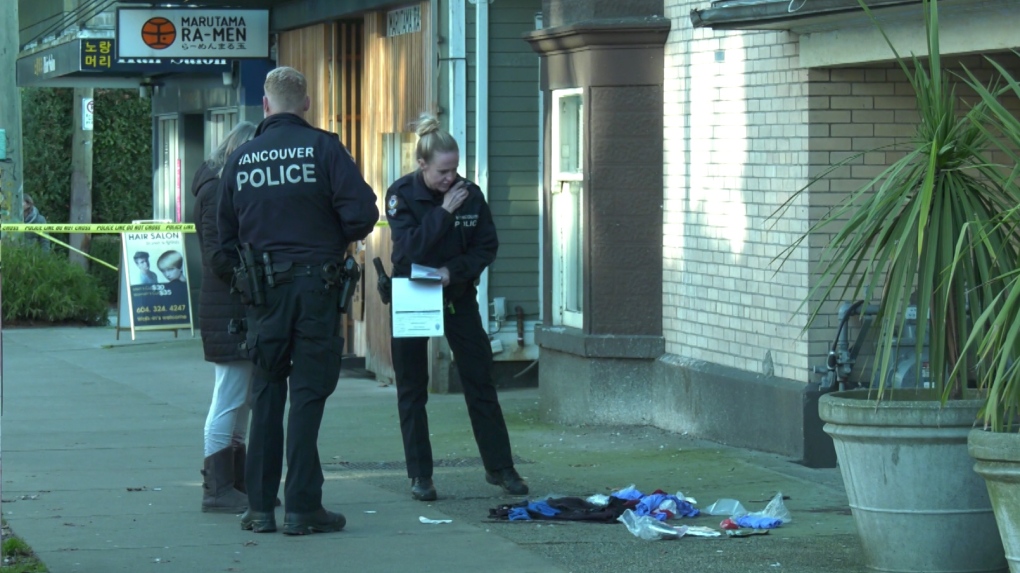 Police were seen near Robson and Bidwell streets Thursday morning.

VANCOUVER -- Police in Vancouver have identified the victim of the city's ninth homicide of the year.

On Thursday at about 10 a.m., police were called to Vancouver's West End after getting reports of a man in medical distress.

It's believed the man may have been injured on the Downtown Eastside near Main and Hastings streets, then made his way to the area of Robson and Bidwell streets before he collapsed. He was taken to hospital and pronounced dead there.

Police say the investigation is in its early stages and anyone with information is asked to contact the Vancouver Police Department's Homicide Unit at 604-717-2500 or Crime Stoppers to remain anonymous.