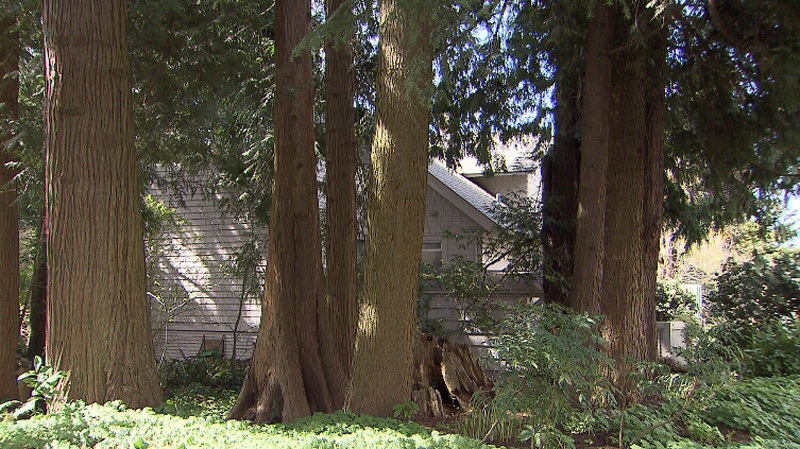 A Vancouver property lined with trees is seen in this CTV News file photo.

A bylaw letting Vancouverites chop down one healthy tree on their property per year without cause has been axed.

Effective immediately, residents can only remove trees that are dead, dying, diseased, hazardous, blocking a new building, or interfering with drainage or sewage systems.

All removal applications will also require a report from a certified arborist.

Mayor Gregor Robertson issued a statement saying the move brings the city’s tree removal bylaws “in line with the rest of Metro Vancouver.”

Vancouver councillors tightened the rules Wednesday while approving a new Urban Forest Strategy aimed at protecting and expanding tree canopy cover in the city, which has dipped from 22 per cent to 18 per cent over the last two decades.

About 23,500 mature trees were removed from private properties over that period, half of which were cut down under the now-scrapped bylaw.

The strategy also involves planting 150,000 strategically-placed trees across the city by 2020.

Twenty-thousand metric tonnes of carbon dioxide are absorbed by Vancouver’s urban forest every year, according to a city report.