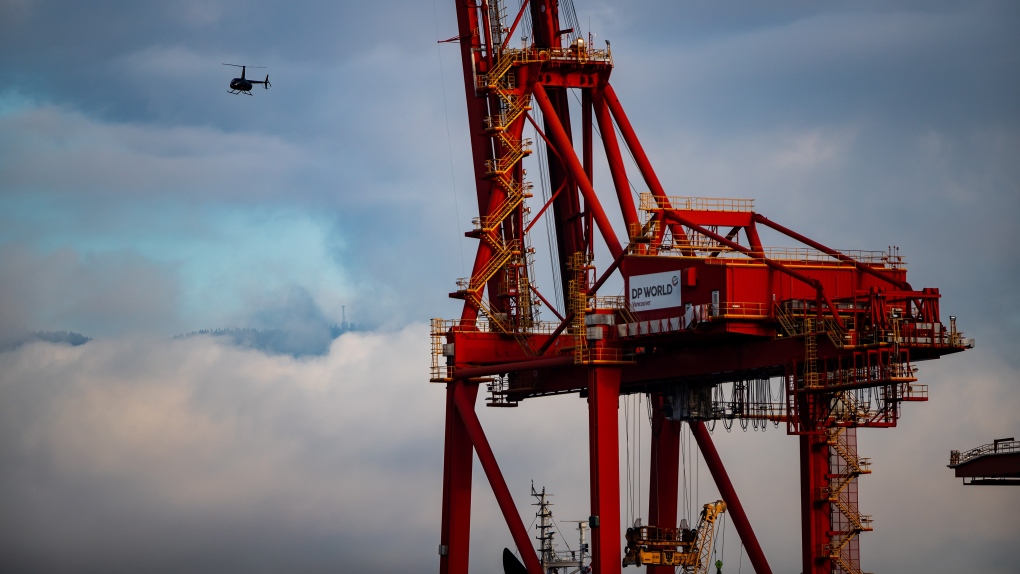 A helicopter preparing to land at a helipad on the harbour passes a gantry crane used to load and unload container ships at port, in Vancouver, on Monday, Dec. 28, 2020. (Darryl Dyck / THE CANADIAN PRESS)
VANCOUVER -

B.C.'s already hobbled supply chain could encounter another setback this week if container truck drivers at a company serving the Port of Vancouver follow through with a plan to strike on Friday.

Labour union Unifor says it has told Prudential Transportation that many of its drivers will walk off the job later this week if they aren't offered better employment terms.

The workers want better health, dental and insurance benefits for all drivers, along with increased payments for time spent waiting for their trucks to be loaded and unloaded.

Earlier Tuesday, Unifor reached an agreement with Aheer Transportation, where, along with Prudential, workers had been in a strike position.

The Port of Vancouver has been affected by storms in mid-November that flooded many transport routes in B.C., disrupting supply chains.

The extreme weather left several of the province's key transit arteries underwater, impacted railways and caused companies to increasingly turn to the skies and waterways for shipping goods.

The CRA is sending letters to check the eligibility of CERB recipients, Dr. Tam says severe COVID-19 illness trends are rising, and Ottawa is getting ready for protesting truckers. Here's what you need today.