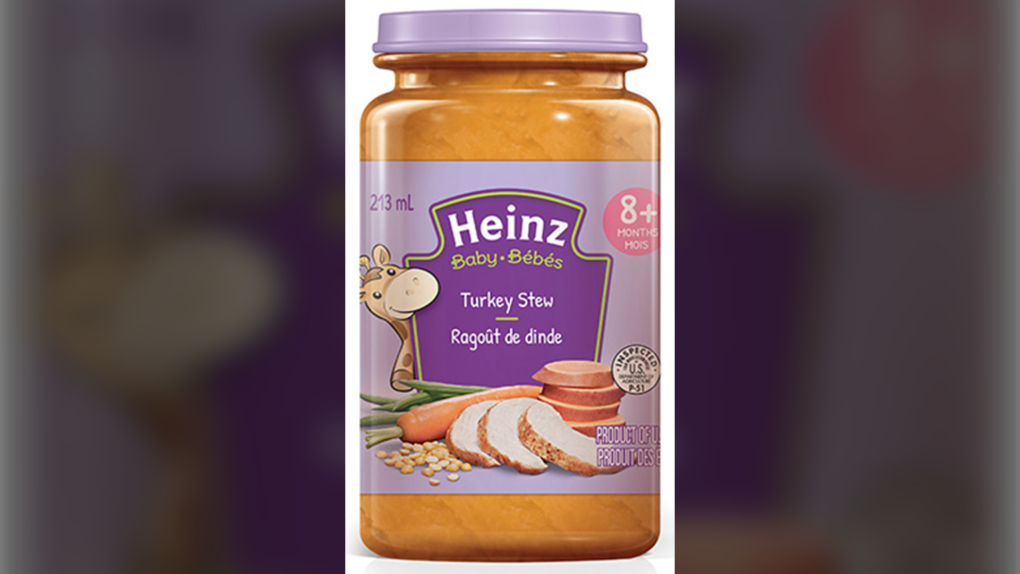 The Canadian Food Inspection Agency is recalling a certain baby food product because of a possible “presence of insects.”

It said the recall was triggered after someone claimed they found insects in their baby food.

The CFIA is asking people to check if they have this baby food on their shelves and warming them not to consume it.

The baby food should be thrown out or returned to the store where it was purchased, it said.

The product is sold in British Columbia, Saskatchewan, Ontario, Quebec and Newfoundland and Labrador.

There have been no reported illnesses.