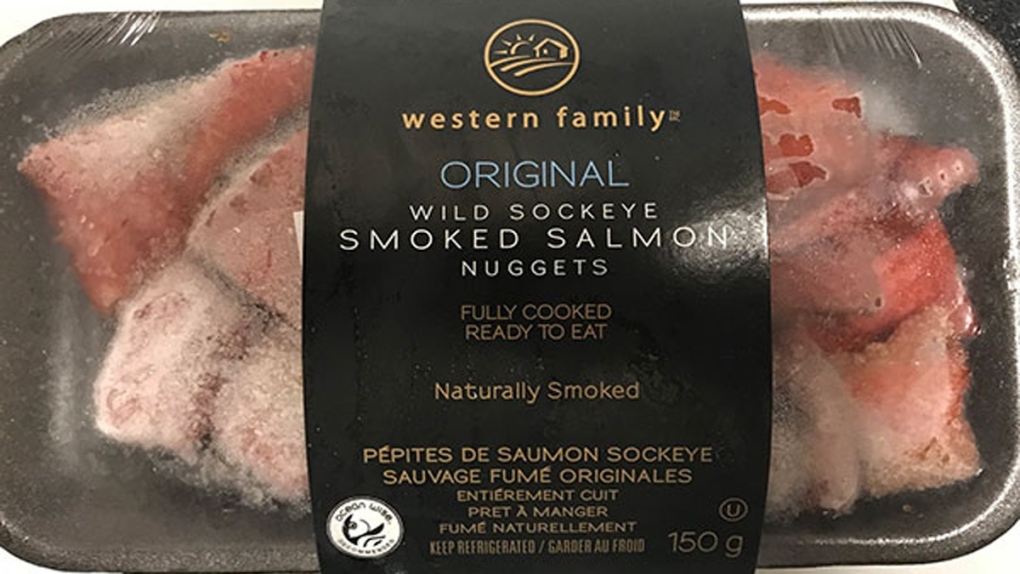 A photo from the CFIA shows a recalled smoked salmon product.

A brand of smoked salmon "nuggets" is being recalled due to possible contamination with listeria, federal health officials say.

In an alert that applies to Alberta and B.C., but could potentially be expanded nation-wide, the Canadian Food Inspection Agency said consumers should not eat the product.

The recall applies to Original Wild Sockeye Smoked Salmon Nuggets, a product sold under the Western Family brand and made by Delta Pacific Seafood Ltd.

CFIA said the recall was triggered by the company, and that the agency is now conducting an investigation. It's possible that other products will be recalled as a result.

The nuggets may still be on shelves, as on Thursday evening, the CFIA said it was still verifying with the industry that the packages were being removed.

Those who think they're in possession of the affected nuggets are told to throw them out or return them to the store where they were purchased.

Food contaminated with the bacteria called listeria monocytogenes may not appear spoiled, and might not have a different smell.

Still, it can cause serious illness, and in some cases, can be fatal.

Those most at risk include pregnant women, the elderly, and those with weakened immune systems.

Infected pregnant women may just feel flu-like systems, but it can affect their child. An infection can lead to stillbirth or to the baby being delivered prematurely.

The newborn can also have the infection.