A B.C. family has trouble getting their chores done on their farm each morning because of the antics of a pair of unlikely best friends – an elderly miniature horse and a rambunctious young golden retriever.

Dani de la Mare lives on a five-acre hobby farm in the Fraser Valley. She tells CTV News the horse – named Strawberry – came to live there just over eight years ago.

"He lost his playmate about that time," she tells CTV News, saying Strawberry's attempts to find a new buddy among the other animals were rebuffed.

"He's so playful and so devilish that he was just looking for anything to play with. He even chases my chickens, wanting to get some action out of them."

About a year and a half ago, a pup named Riley came along. It was not, de la Mare says, friendship at first sight.

"When (Riley) matured to a height that she could handle the miniature horse, she started terrorizing and teasing him. And he wanted no part of her because apparently he had just hated dogs," she says. 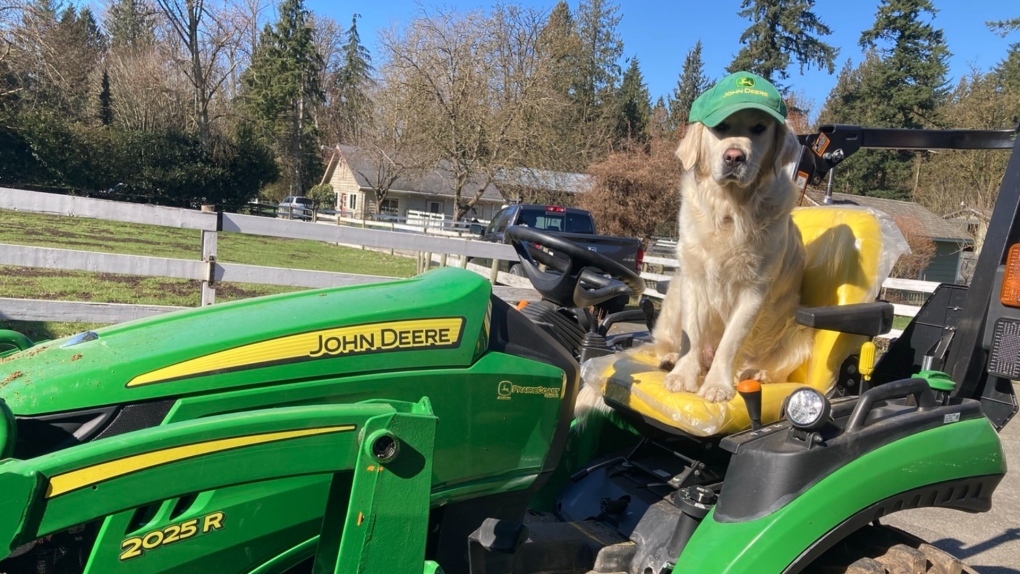 But one day, an impromptu tug-of-war over some feed changed everything.

"They raced around and around the horse trailer trying to catch each other," de la Mare says.

"Now they've become tight friends. It's a daily occurrence, they have this wrestle for about half an hour every morning until Strawberry goes out onto the pasture for his afternoon lunch … They love each other." 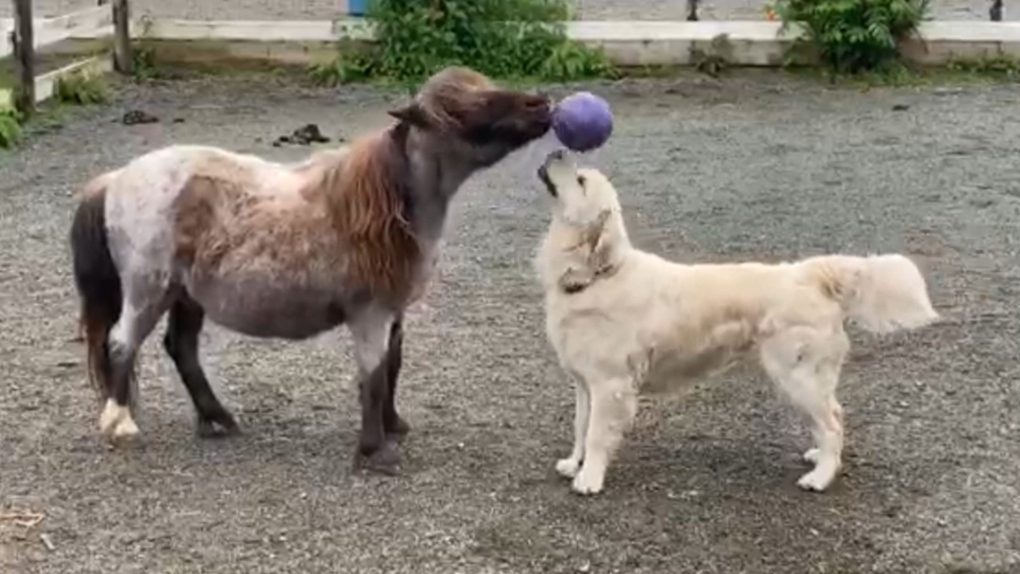 For the past eight months, each day has brought a new delight for de la Mare and her family. The animal duo will fight over sticks or a ball, or Strawberry will chase Riley around the property at a full gallop.

"I get (Riley) to jump up and over Strawberry's back, which is quite cute," she says.

"We get nothing done while they're playing … You just have to stop and actually laugh out loud. They're hilarious."

While Strawberry seems to have endless energy despite his age, de la Mare said Riley often gets tired and cools off by taking a dip in the pool or water trough.

De la Mare says word has spread to the neighbours who send their kids over to watch the show. And she wanted to share the story in hopes of spreading more joy.

"It's very entertaining. It makes our day every day."

BREAKING | Woman who was set on fire on Toronto bus has died, police confirm

A northern heatwave is melting records in Yukon and Northwest Territories, where temperatures climbed above 30 C in the Arctic Circle.