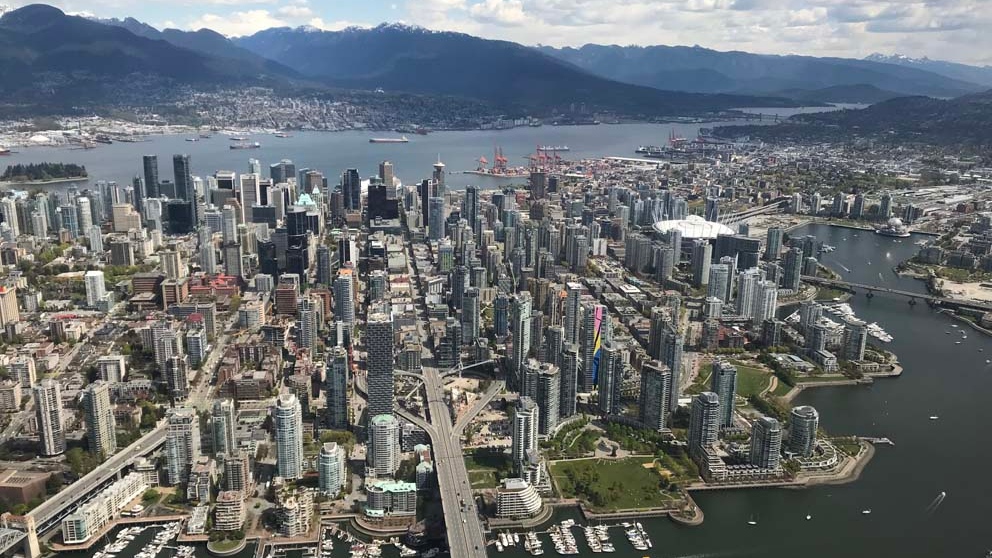 VANCOUVER -- Police say they have issued a $2,300 fine to the host of a gender reveal party in downtown Vancouver for violating the provincial health order banning gatherings.

Vancouver Police Department spokesperson Sgt. Steve Addison said in an email that officers were called to an apartment near the intersection of Robson and Hamilton streets around 8:15 p.m. Saturday for a report of "a large gathering."

When they arrived, police found 17 people inside.

"The host was given a $2,300 ticket and the party was shut down," Addison said, adding that the incident "shows terrible judgment and consideration for the community."

"Everyone knows the rules by now, and while we appreciate these folks wanted to share a momentous occasion with friends, there are more responsible ways to do it," he said. "It was a beautiful day yesterday. They could have gone outside, been socially distanced, and marked the occasion in a much safer way."

It's far from the first time Vancouver police have broken up gatherings and issued fines for breaking COVID-19 rules.

Late last month, they arrested a man for operating what they called "a makeshift nightclub" out of his penthouse apartment.

Before that, officers broke up a party with 100 attendees on New Year's Eve.

Current provincial health orders prohibit events and private social gatherings of any size. People are expected to socialize only with their immediate households, or with a consistent one or two people if they live alone.

Police across the Lower Mainland have issued fines to people hosting gatherings that violate these rules, but data from the provincial government shows only a small number of these fines are being paid, and more than half are being contested in court.