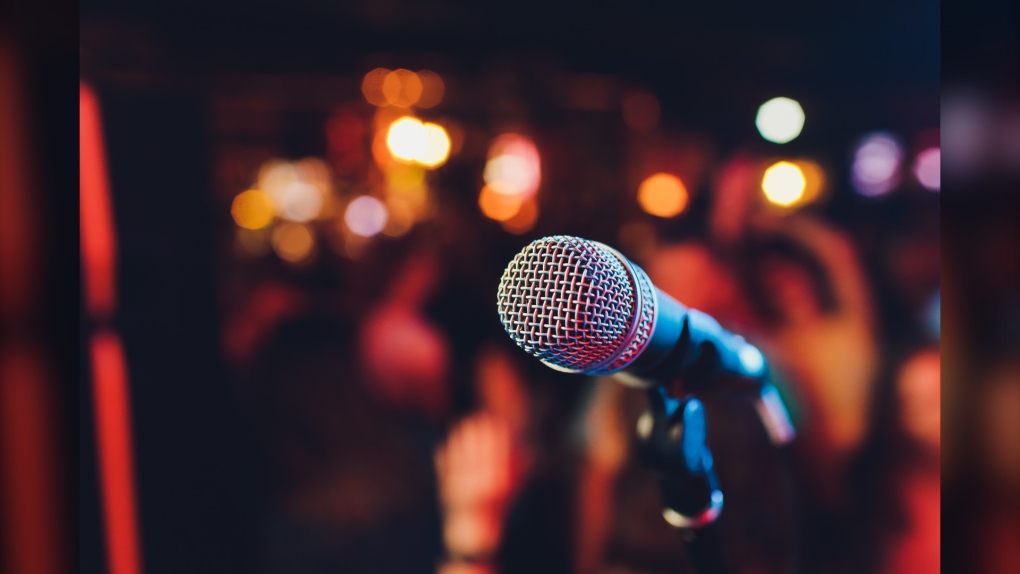 A karaoke microphone on a stage seen in this file photo.

In a news release, Mounties say officers attended a karaoke bar near the Aberdeen Square mall around 1 a.m. Saturday. On arrival they say they found “numerous contraventions of the Provincial Protective Measures Order,” although it’s unclear if there was one large gathering or a number of smaller ones. Thirty-four people received $230 fines, while the manager was given a fine for $2,300.

The following night, officers were called to another business on Shell Road near River Road. RCMP say Mounties arrived at a commercial premises around 2 a.m. and could hear “people singing karaoke and discovered what appeared to be an unlicensed drinking establishment.” Twenty-one people were given tickets worth $230 and the organizer was fined $2,300.

In both cases, investigators are also seeing if any other business or liquor relate charges apply too, according to the release.

“Richmond RCMP is committed to promoting safety in our community, and we will continue to enforce the regulations aimed at slowing the spread of Covid-19,” says Cpl. Ian Henderson of the Richmond RCMP. “It’s quite clear that some people are still not getting the message. People who continue to engage in this type of reckless, irresponsible behaviour will be held to account,” says Henderson.

Richmond RCMP want to hear from anyone who learns of other similar events being organized. People can call the detachment directly or make an anonymous tip through Crimestoppers.